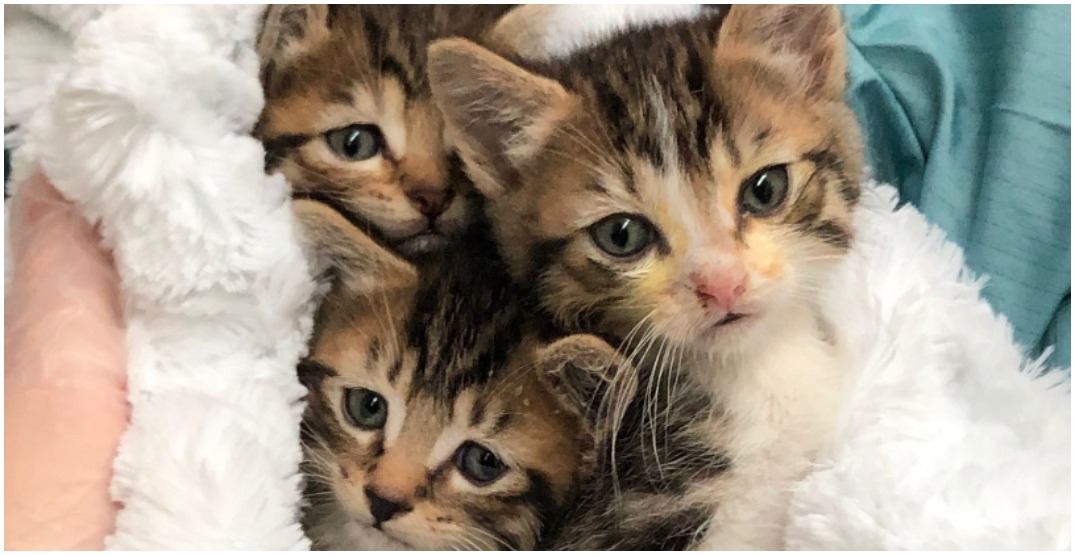 The BC SPCA says three adorable kittens were found abandoned in a dumpster on Vancouver’s Downtown Eastside.

“These three little kittens are small for their age and clearly had a traumatic start to life,” says Jodi Dunlop, Vancouver BC SPCA manager.

“They were left for dead in a box in a dumpster. We are so thankful to the good Samaritan who found them and the couple who stopped to help get them to the shelter for care.”

The three kittens were immediately taken to a veterinarian to be checked out, and they had extensive injuries.

One of the kittens had a broken pelvis, trauma to the face — which included bleeding in the eye and nostril — and difficulty breathing. All three of the kittens were flea-infested and had internal parasites.

According to the BC SPCA, when Petsecure learned about the kittens’ terrible experience, the company generously offered to match all medical donations up to $3,500 to help with their care and other animals who need urgent medical help.

“These kittens are so cute,” says Dunlop. “Despite what they have been through, the current prognosis for all three of the kittens is good.” 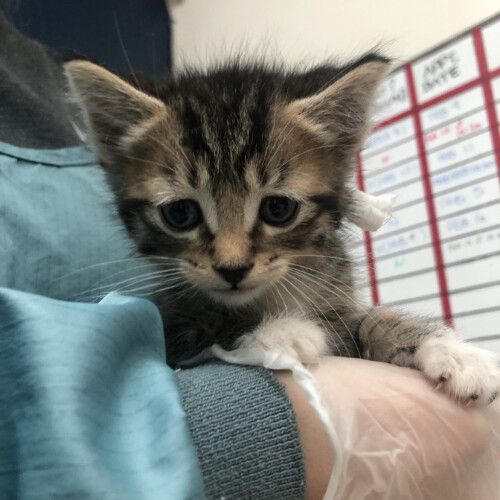 Right now, all three kittens are on a special feeding routine. They will need to be vaccinated, dewormed, and spayed or neutered.

The kitten with the broken pelvis also needs a series of X-rays and other pain control measures.

All three will be in the care of the BC SPCA for at least a month.