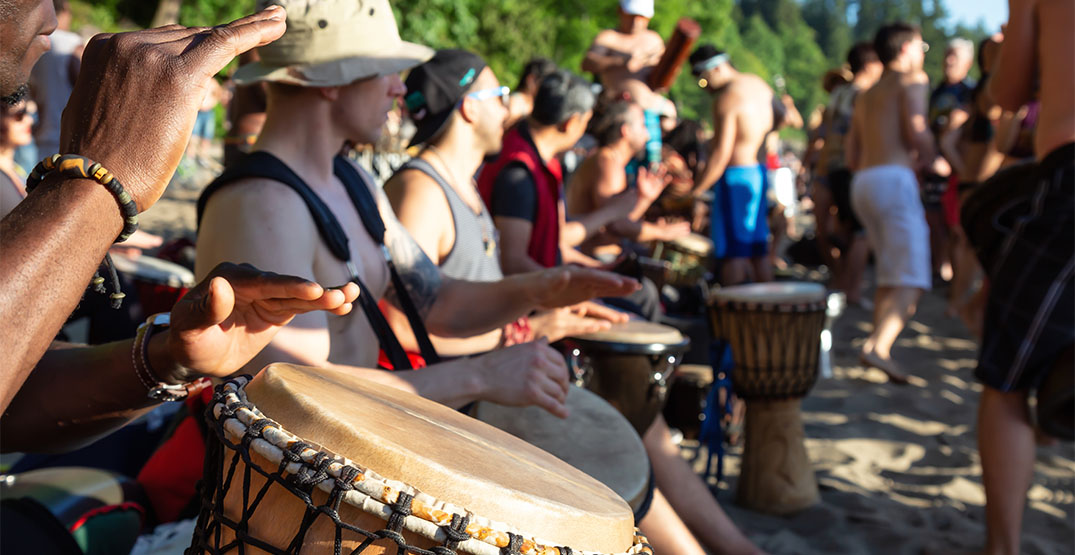 The Vancouver Park Board is pulling lifeguard patrols from Third Beach during Tuesday night drum circles after someone came close to drowning two weeks ago.

A Park Board spokesperson told Daily Hive that approximately 4,000 people were on the beach for the July 12 drum circle, and lifeguards reported being harassed by people in the crowd as they tried to reach an unconscious person in the water.

The person was pulled from the water and lifeguards performed first aid until paramedics arrived. BC Emergency Health Services said three ambulances responded around 7:25 pm, and one patient was transported to hospital in critical condition.

“The Drum Circle is an unsanctioned and unpermitted event, with large numbers of people gathering,” a Park Board spokesperson said.

“In recent weeks, the number of individuals attending, and the activities taking place at Third Beach, has become unmanageable for both lifeguards and park rangers to maintain safely.”

Going forward, lifeguards at Third Beach will end their shift at 7 pm on Tuesdays.

The Park Board encouraged anyone wishing to swim to go to Second Beach instead, where lifeguards stay until 8:30 pm.

“All those who attend the Drum Circle are being warned of the risks associated with unsupervised swimming,” the Park Board said in a social media post. “Additional Park Rangers will be on site at Third Beach. If any issues arise, the VPD will be called immediately.”

Following an incident a Third Beach, during the unsanctioned Drum Circle earlier this month, lifeguards will be ending their patrol at 7pm tonight for their own safety.

All those who attend the Drum Circle are being warned of the risks associated with unsupervised swimming. pic.twitter.com/amZwksFr6J

Scott McIntosh, the acting president of CUPE 1004, which represents City of Vancouver Lifeguards, also suggested swimmers choose a beach where lifeguards are on duty.

“We hope that this situation can be resolved as soon as possible for the safety and wellbeing of both our members and all park users,” he said.

The drum circle crowd was large as well on July 19, when many regulars were remembering Sandra Stuart, a well-known and loved drum circle participant. According to other members of the drum circle, Stuart was the woman in her 50s who went missing at Widgeon Falls on July 13.

Coquitlam SAR was called out this evening for an individual who was last seen swimming at Widgeon Falls. With assistance from Ridge Meadows SAR, we searched the area immediately around the falls and down stream with nothing located this evening. pic.twitter.com/HDFTgTuisE

In memory of Stuart, drum circle organizers are recruiting volunteers to keep the event safe and uphold its values. The volunteers will be tasked with preventing attendees from blocking the seawall, discouraging smoking in the circle, and creating signage that may be required.

“The drum circle is not your place of debauchery,” organizer Brahm Tams wrote. “This is free and family-friendly and for the entire community … That feeling, that resides in thousands of us, that every sunny Tuesday we wake up and say ‘Drum Circle day!’ … we need to protect and nurture.”