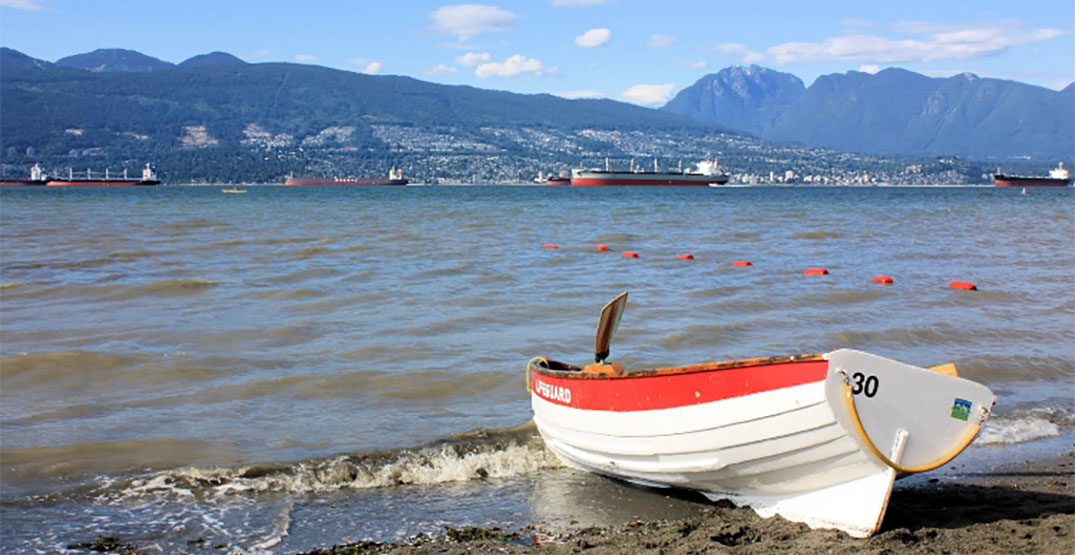 There will be no lifeguards on Vancouver’s public beaches before Canada Day, a reality lifeguards, swimmers, and their union say poses unacceptable safety risks.

The City has delayed calling beach lifeguards back to their seasonal employment because of the coronavirus pandemic, according to Andrew Ledger, president of CUPE Local 1004, which represents about 100 outdoor guards.

“I’m concerned every day that goes by that we don’t have lifeguards on our beaches,” Ledger told Daily Hive. “I think the City is making the wrong decision.”

On Monday, the City of Vancouver announced beach lifeguards will be in place starting July 13. In a typical year, beach lifeguards begin their season on the Victoria Day long weekend in May.

Vancouver is behind other Lower Mainland cities in getting guards out on beaches. Surrey’s lifeguards are returning to Crescent Beach on June 27, and West Vancouver is putting its beach lifeguards back on June 29.

The lack of communication this spring about when lifeguards would return frustrated Ledger, and he believes keeping guards home will cost the City more overall because police and the Coast Guard are being called to deal with situations lifeguards would respond to.

Andrea McCallum, past president of the Vancouver Open Water Swim Association, said on the May long weekend she saw seven police vehicles and a helicopter respond to Jericho Beach looking for a missing child. As it turned out, the mother had made the report from Locarno Beach, and the officers had to quickly relocate.

“I couldn’t believe the money that was spent,” McCallum said, adding she doesn’t think it’s a good idea not to have lifeguards on beaches for the busy July long weekend.

“We live in this amazing place … but not everybody is prepared of what you need to swim safely in the ocean.”

A Vancouver beach lifeguard who’s held the job for six years told Daily Hive that even though he’s out of work, he’s still performed basic water rescues on his own time this year.

“I paddleboard a lot. I’ll see people who are not doing too well, and I come over and ask, ‘Are you okay?’ And they’ll grab onto my board,” he said.

Daily Hive is not identifying the lifeguard because he’s concerned speaking out against the City could hurt his chances for a promotion in the future.

The guard said he’s noticed the beaches are even busier this year than normal, and he thinks it’s because people are sick of being cooped up during the pandemic.

“It’s frustrating to see other districts get everything together and be able to be back out and us not having any idea, even a set date,” he told Daily Hive on Saturday, before the City announced lifeguards were returning.

The Lifesaving Society, the body that governs lifeguarding standards across Canada, released its updated guidelines for water rescues during the coronavirus pandemic earlier this month. The changes include giving supplemental oxygen instead of breathing into an unconscious victim’s lungs using a special mask.

Ledger and the lifeguard didn’t understand the City of Vancouver’s delay in setting up trainings once the guidelines were out.

“We always thought worst case they’d have us out for Canada Day. It’s such a busy day and a liability not to have guards out,” the guard said.