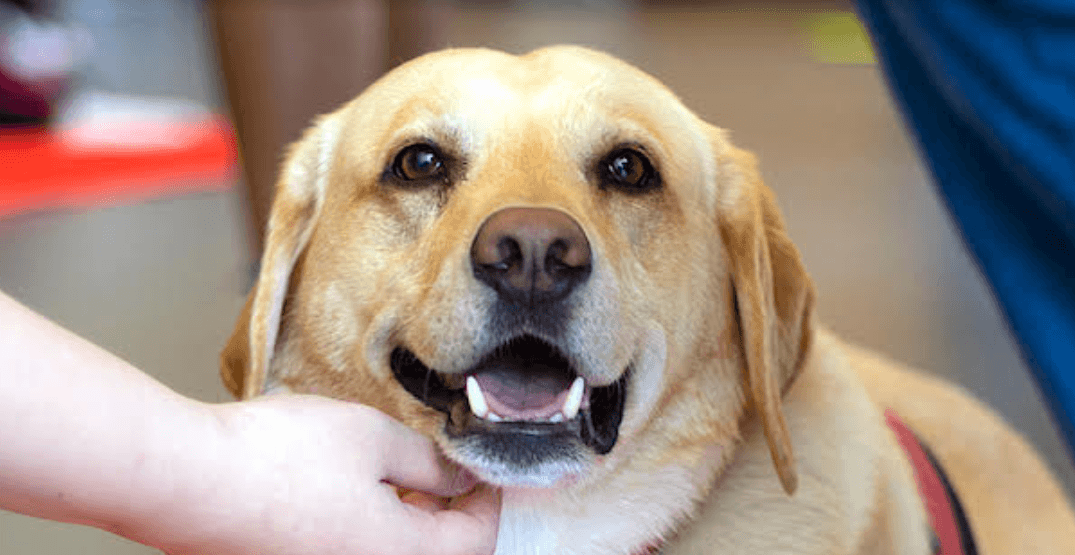 A therapy dog organization in Vancouver is hoping someone out there has some information, after an alleged theft this week totalling $25,000 of equipment.

Quille Kaddon is the program manager with Vancouver ecoVillage. She told Daily Hive that sometime “between Sunday night and Wednesday night,” over $25,000 worth of equipment was stolen from a work-van, after a therapy dog event at UBC. The van was parked at Henshaw Lane at Cardero Street.

According to Kaddon, all of the custom-made harnesses, leashes, collars, ID badges, cooling-gel dog-mats, equipment bags and purses for 50 of therapy dogs were stolen. In addition, the thieves stole the only dog stroller the group had for one if its handicapped therapy dogs.

“We are completely devastated,” said Kaddon. “We have several therapy dog events coming up on Monday and every week in June, but now the therapy dogs will have none of their needed harnesses or equipment.”

Making matters worse is the concern that the special harnesses – certified by Vancouver ecoVillage – “will be sold to people hoping to fraudulently claim their dogs are therapy animals,” said Kaddon. “Everybody’s looking for a therapy dog harness so they can take their dog everywhere if they put on one of these harnesses.”

A “worst-case scenario” would be an individual using the harness on an aggressive dog, “potentially endangering community members and tarnishing the reputation of our program,” she added.

Kaddon said the group is asking people to help “spread the word quickly so that hopefully we can recover some of these precious items.”

In the meantime, “we would also like to ask for donations to be made via our website so that we can begin the long process to replace some of what was lost.”

She added the police have been notified and an active file has now been opened on the case.