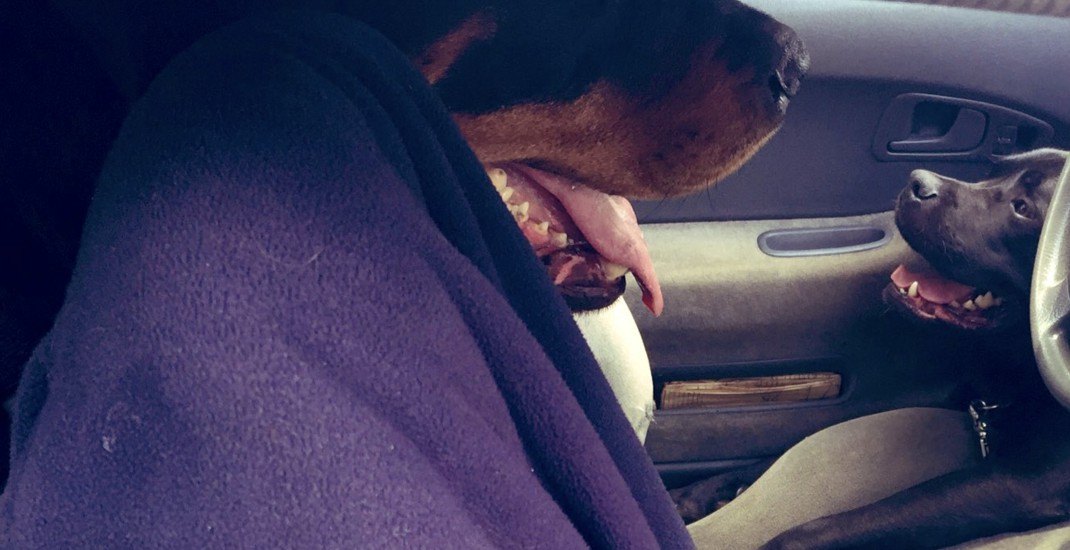 Two dogs were rescued from a scorching hot car in Squamish on Wednesday, as temperatures broke historical records.

Squamish RCMP says officers received two calls about dogs left in hot cars. Police were able to rescue two of the dogs located in one vehicle.

The second call was made about a separate incident involving another dog but by the time police arrived on scene the driver had already left.

The temperature in the car with two dogs reached 39°C.

How do you think we felt being called twice today for dogs in vehicles? We feel frustrated, angry, sad, worried…mostly thankful someone called us! Temps were clocked at 35 and 39 degrees for these poor guys!!!! #BehindTheYellowStripe #ThisIsWhatWeDo #LeaveYourPetsAtHome pic.twitter.com/bb2s0kBUSR

“How do you think we felt being called twice today for dogs in vehicles? We feel frustrated, angry, sad, worried…mostly thankful someone called us!” wrote Squamish RCMP on Twitter.

Wednesday’s high temperatures broke 17 records for warmest weather across the province, according to Environment Canada.

According to Lorie Chortyk, general manager of community relations for the BC SPCA, “it can take as little as 10 minutes for the vehicle to reach temperatures where the animal can suffer irreparable brain damage or death, even if the vehicle is parked in the shade with the windows lowered.”