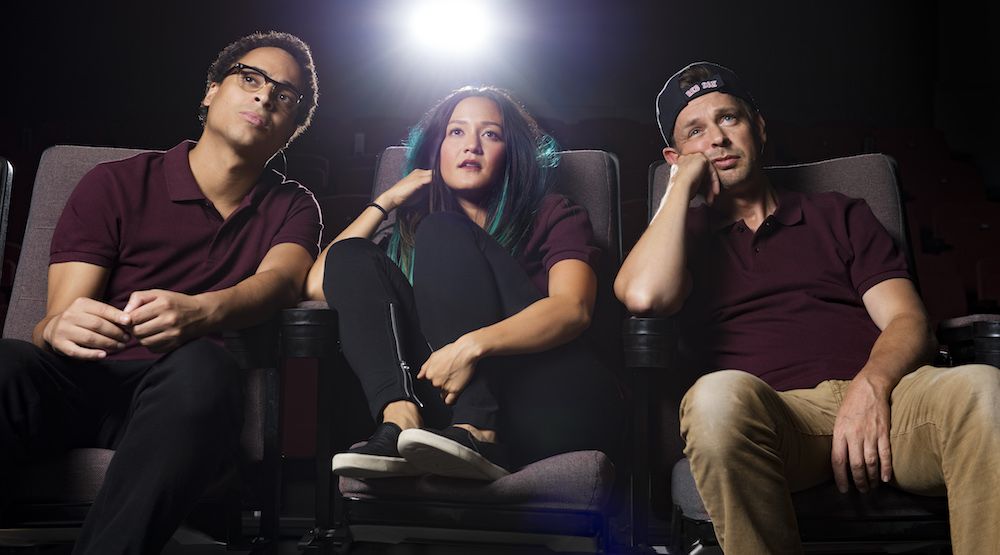 It was an uncanny moment, walking into a theatre and suddenly realizing I wasn’t sure which set of seats I was supposed to turn towards. The stage design for The Flick is to be credited for this unsettling moment. I stood back and took a couple of seconds to admire the two sets of seats facing each other. One set for the audience, one set for the actors.

With the entire script taking place in one movie theatre, the set design was released from the need to change locations or transform into another space entirely. The latest Arts Club play took the opportunity to create an intensely realistic environment for the play, which examines the work of three employees of the fictional theatre.

The script is wonderfully subtle and complex, complimented by incredibly life-like dialogue between characters. It charts the arrival and evolution of the newest employee, a student named Avery. Avery is trained by Sam and Rose, who have been around long enough to do the job on autopilot. What follows is a series of scenes in which the three maintain a perpetually dirty theatre, seemingly damned to do the same task for all eternity. 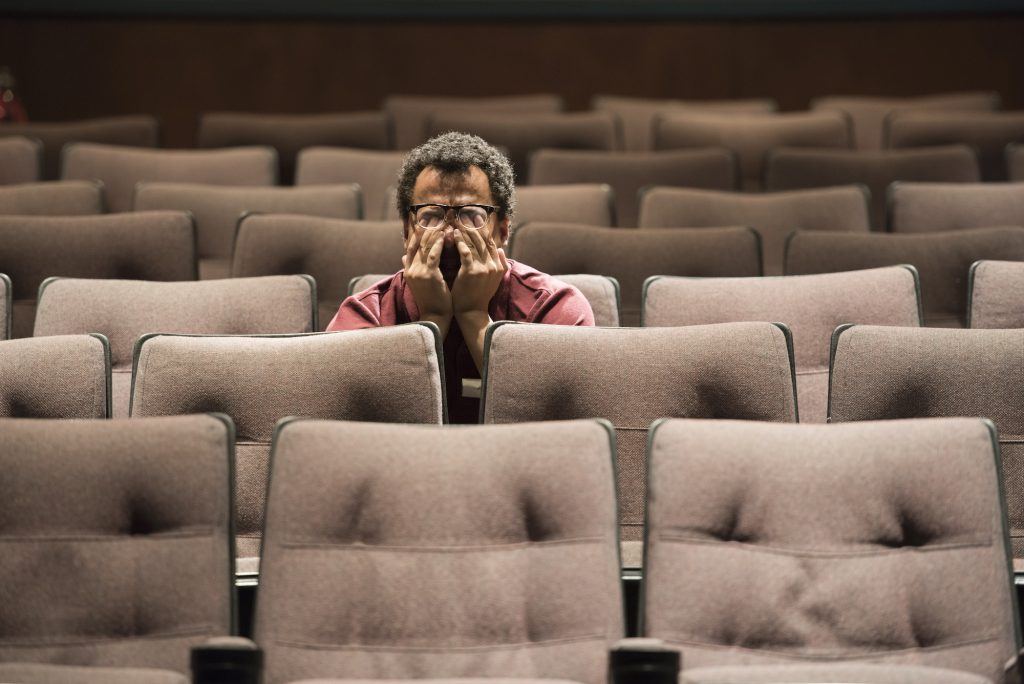 Playwright Annie Baker managed to capture the essence of working as a minimum wage employee perfectly. Anger with an invisible boss, awkward ways of passing time between coworkers and frustration with the thoughtless customer were alive and well. Worked into those were also some profound questions of existentialism and identity. Baker shaped each character to be enduring and complete, making for a truly human experience.

To this end, the hyper-realism of the set was perfectly fitting. By painstakingly replicating every inch of a theatre for us to observe, the design team forced to ask ourselves if we, the audience were performing. It felt as though I was looking into a mirror, somewhat uncertain if I was the person or the reflection. 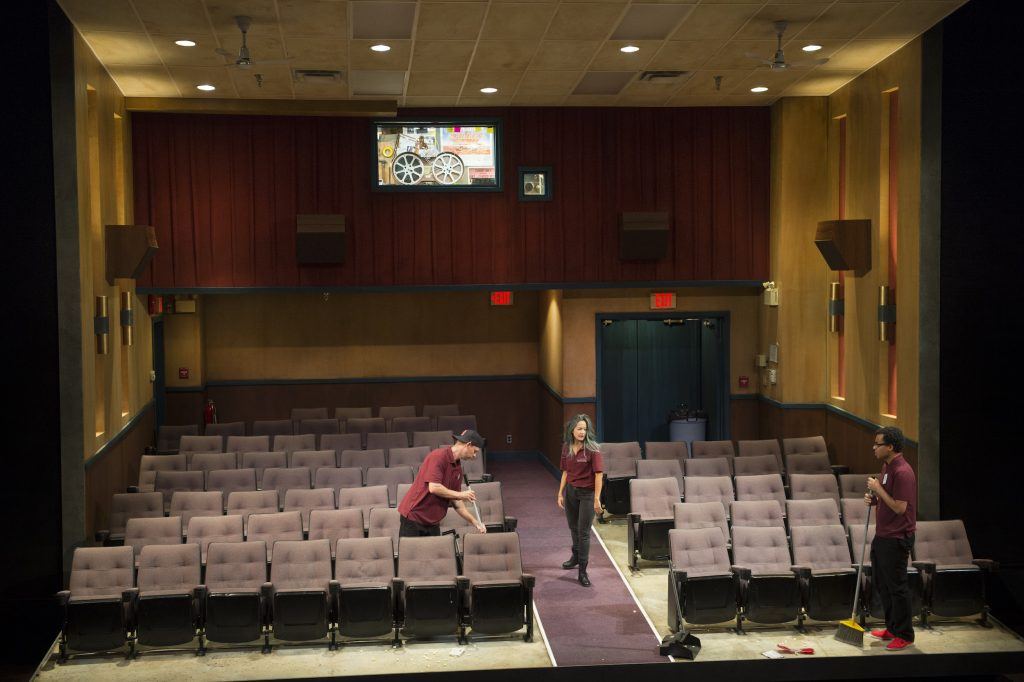 Yet, with all its beauty and complexity, The Flick also clocks a three hour run time. Given the rigid nature of movie theatre seating, there were only a handful of notable times when priority was given to the actors’ movement. As a result, there was a substantial amount of simply sitting and talking between characters. While this might not be a problem for some, I can also appreciate that listening to dialogue for that long, no matter how lovely, can be a big turn off.

If you’re finding yourself stuck in existential dread, unsure where life is taking you, The Flick will absolutely reach out to you. The text’s realistic nature, executed superbly by the cast, presents an opportunity to remind yourself that no one’s life gets neatly tied up like the movies. It’s not easy to handle but it’s beautiful that we can live it, together.