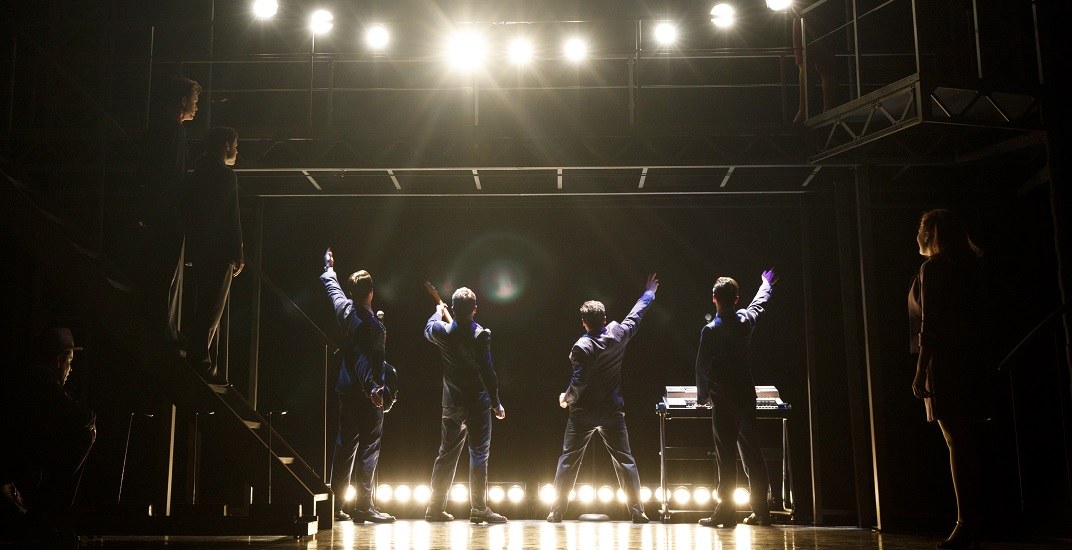 Everyone remembers things the way they need to. That’s what Tommy DeVito, one of the characters in the Tony Award-winning musical Jersey Boys points out.

Perhaps that’s why this biographical telling of the rise and aftermath of 1960s’ music icons, Frankie Valli & The Four Seasons, is so riveting. Told from the perspectives of all four members throughout the years, Jersey Boys is a heartfelt account of the exciting, yet emotionally turbulent ride of each of the members, set to sensational performances of the group’s timeless songs.

The story is about four young men from New Jersey who formed a band in the 1960s and rose to become American music legends. Initially told through the perspective of Tommy DeVito (Corey Greenan), we watch as young Frankie Valli (Jonny Wexler) is recruited to join DeVito and Nick Massi (Chris Stevens) in their group. After talented and brainy songwriter Bob Gaudio (Tommaso Antico) rounds out the band, the guys leave Jersey to bang on the doors of New York’s music studios. 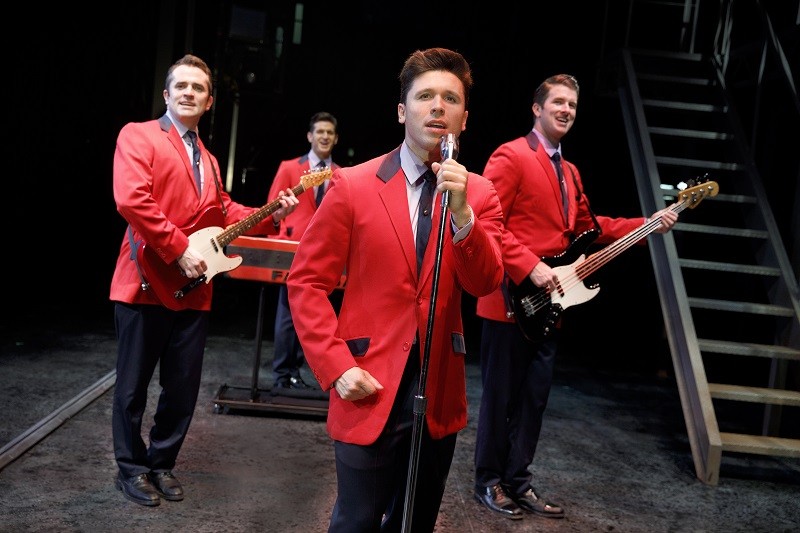 It’s not until the group decides on its name, The Four Seasons, and realises their unique sound and style, that they finally hit it big. But as we all know, real life isn’t the same as fairy tales and there is a long, eventful road ahead each of the guys. The narrator role continually switches hands among each group member, and by the end of the show the story has spanned four decades.

Director Des McAnuff’s brilliant staging has the action continually flowing – which is great, considering how much ground there is to cover. Klara Zieglerova’s two-level set and Howell Binkley’s lighting design provide a concert-style atmosphere which McAnuff utilizes to create a playground of storytelling, taking us from the sunrises of industrial Jersey neighbourhoods to the American Bandstand stage. 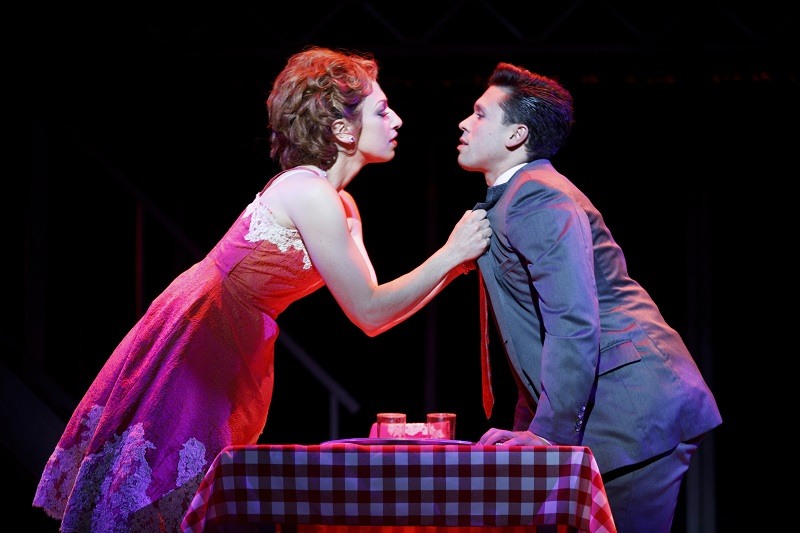 Jonny Wexler is phenomenal as Frankie Valli, first embodying the innocence and insecurities of a 16-year-old, and progressively maturing into a music superstar while dealing with personal relationships along the way. Wexler’s voice changes throughout the show – when we first meet him, his voice sounds promising but unrefined. As his character develops, so does his voice, eventually fully blossoming in the glorious “Can’t Take My Eyes of You”.

Wexler stands alongside his crew of outstanding “Jersey Boys”. As the sensible brains behind the operations, Tommaso Antico’s portrayal of Bob Gaudio is the glue that holds the show together. His calm, collected demeanor not only puts the characters at ease, but extends to the audience. 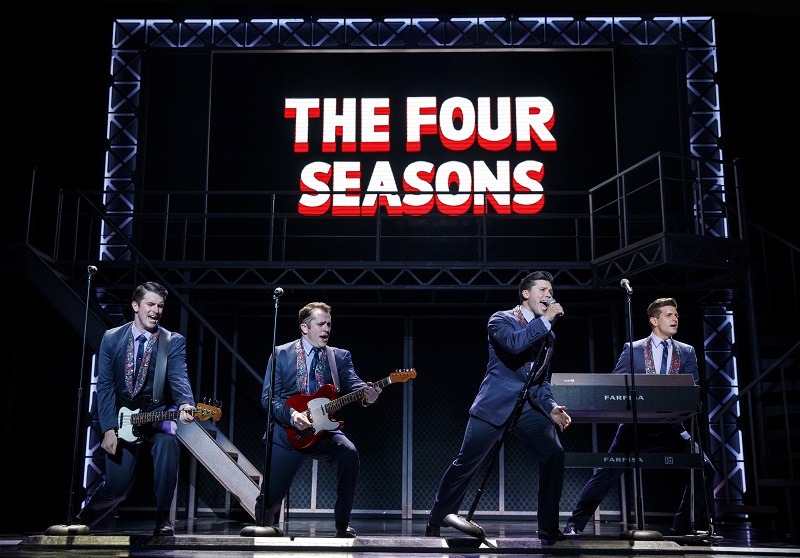 As the group member who gives zero f*cks, Corey Greenan brings the fun, while also the trouble. And as the somewhat dopey and emotionally outspoken member, Chris Stevens is hilarious as Nick Massi. Stevens is also a talented dancer and rocks the choreography. The four gents sound sensational together, harmonizing exquisitely and delivering all the needed punch and pizzazz to songs like “Sherry”, “Walk Like a Man” and “Big Girls Don’t Cry” as well as the softer subtleties and emotions required for ballads such as “My Eyes Adored You”. 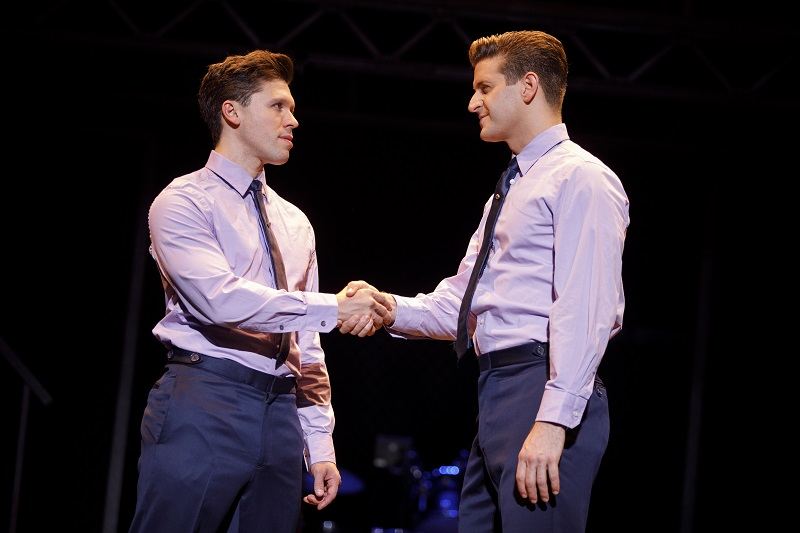 The cast is rounded out by some fierce triple-threat women. Michelle Rombola is entertaining as the sassy Mary Delgado, who experiences the wear and tears of life as the show goes on. Tristen Buettel delivers a touching performance as Lorraine, a reporter who enters into a relationship with Frankie. And as Frankie’s teenage daughter, Dianna Barger expresses all the adolescent angst that many of us remember and regret. All three ladies also tear up the stage with their dynamite performance of “My Boyfriend’s Back” as the girl group, The Angels. 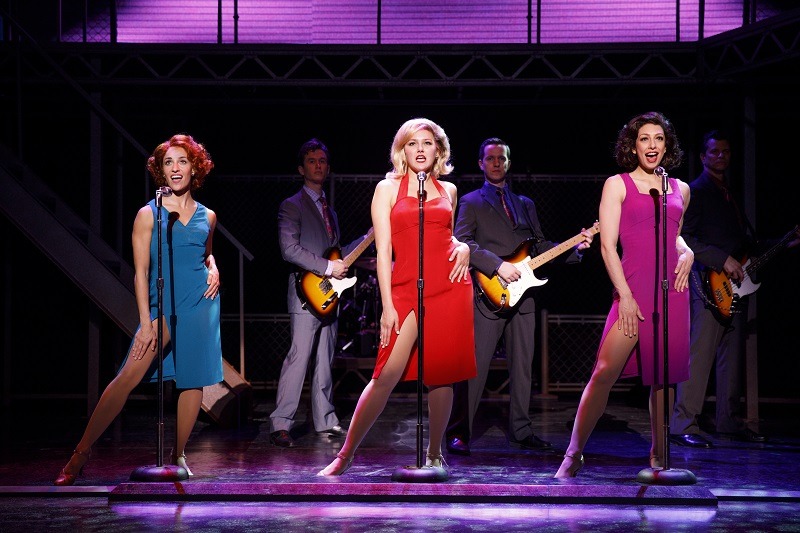 Sergio Trujillo’s choreography fits the style of the era perfectly. And while simple, it’s very effective since the cast perform Trujillo’s choreo in full force, owning the touch steps and ball-changes, and feeling the soul and beat of the tunes.

At the heart of Jersey Boys is a story of living a life driven by passion for your craft, and valuing family, love and loyalty. It acknowledges the mistakes we make, the lessons we learn, and the triumphs that can come from all of it.