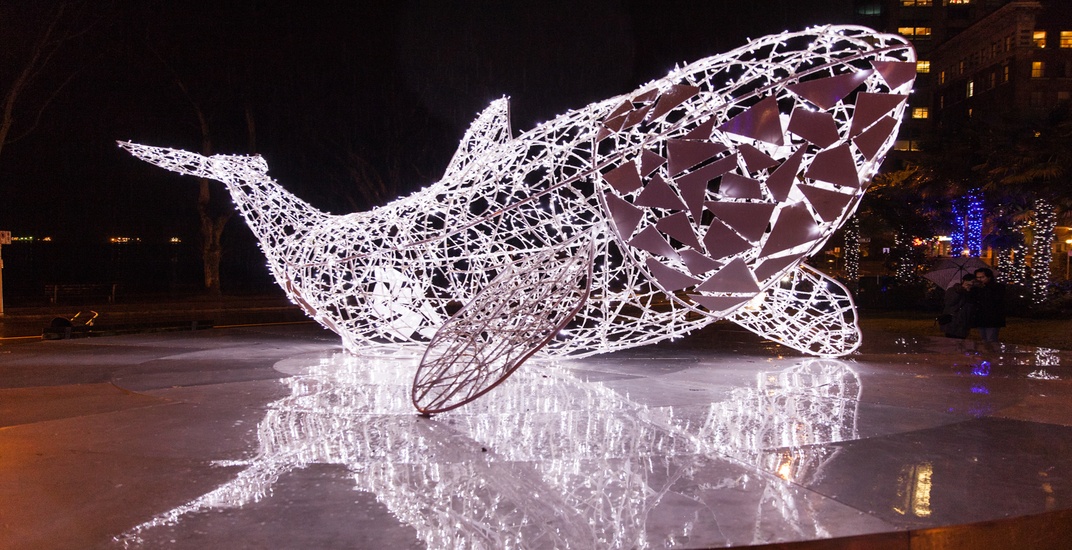 Luna the Whale by Alison Boulier

Vancouver is lighting up this December with the return of Lumière.

The West End, English Bay, and Jim Deva Plaza will be coming alive with a series of amazing light-art installations, performances, and community-building initiatives.

Inspired by light and artistic expression, Lumière Festival is the perfect way to connect with fellow Vancouverites during the dark winter months. 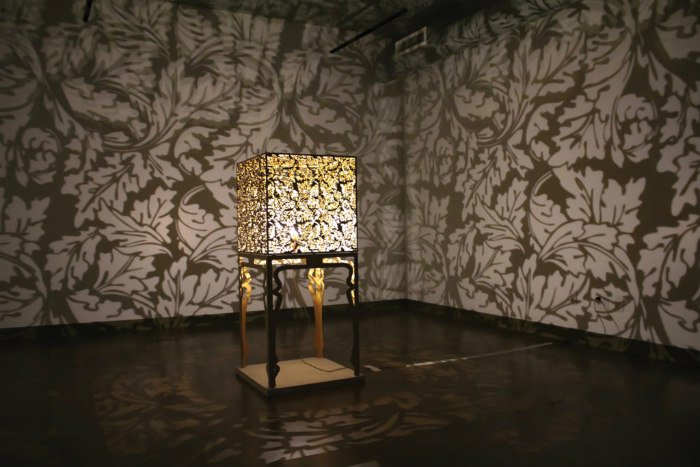 Sham–Real Shadows is an immersive installation that casts shadow paper (wallpaper made of shadow and light) onto surrounding surfaces in multiple colours.

Tree – to be named 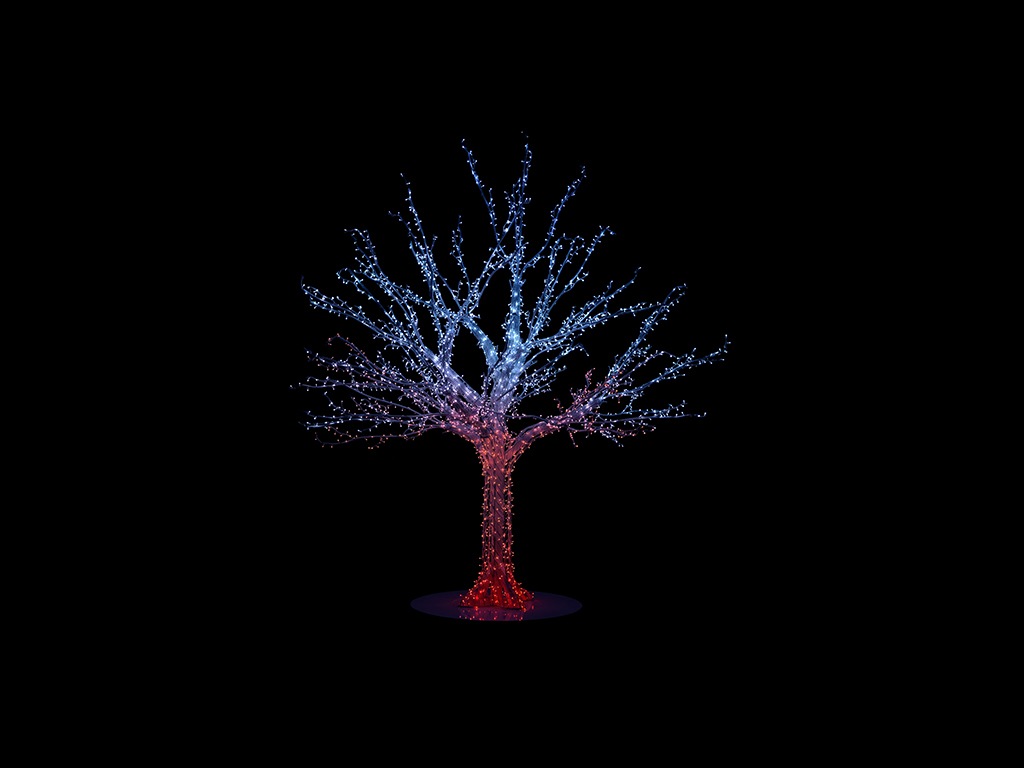 With 7,600 colourful changing LED mini lights, this incredible installation will take root at English Bay. Yet to be named, The West End BIA will be asking the public to come up with a catchy title for this piece! Follow @westendbia for more information in the coming days.

Sol takes his Incomplete Open Cubes down to the local dancehall to let loose, leaving behind very specific instructions regarding exactly how his Assistant should clean the cages while they’re out

Described as “entering into a Vancouver after-hours hole in the wall,” Chris Mills’ lengthy-titled projection room encourages viewers to engage with an absurd narrative before entering a sound-reactive digital sculpture choreographed to a looping industrial house backbeat.

Strobes and a fog machine will fill the small space with light, turning the projection into a voluminous object. Yes, the smell might just remind you of that last dirty concert you went to. 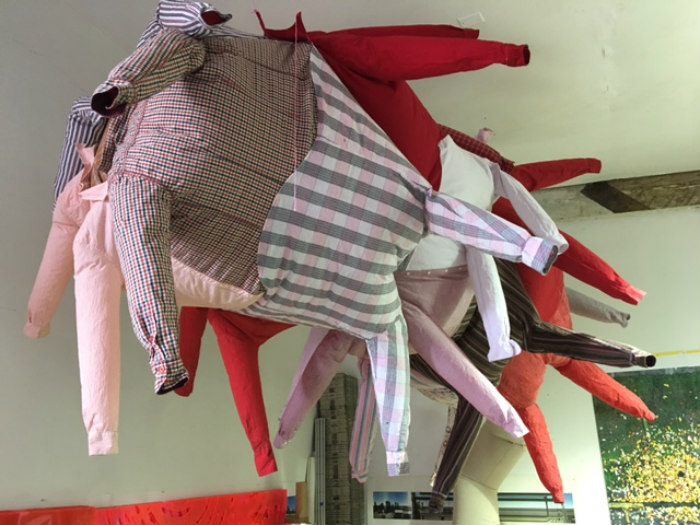 Vancouver artist Khan Lee will be making an inflatable sculpture made of blue, second-hand dress shirts. Each shirt will be sealed and stitched together, together forming a 20-foot-tall column, to be displayed in the Davie Village Community Garden. 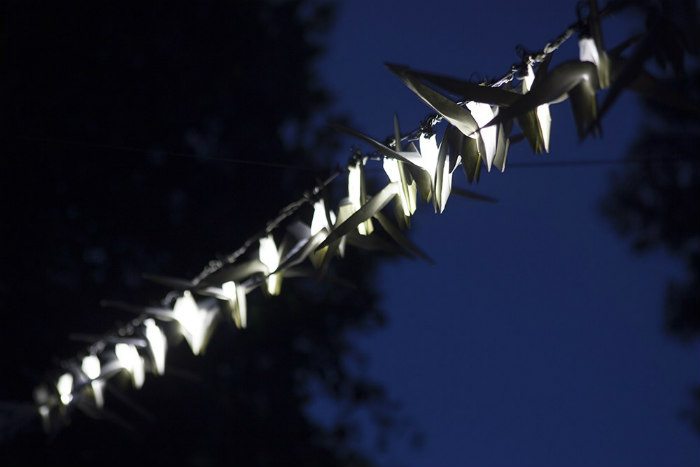 By: Kathy Hinde, produced by Cryptic

Each bird is made from waterproof paper (phew!) and folded in a traditional origami style. How stunning is that? 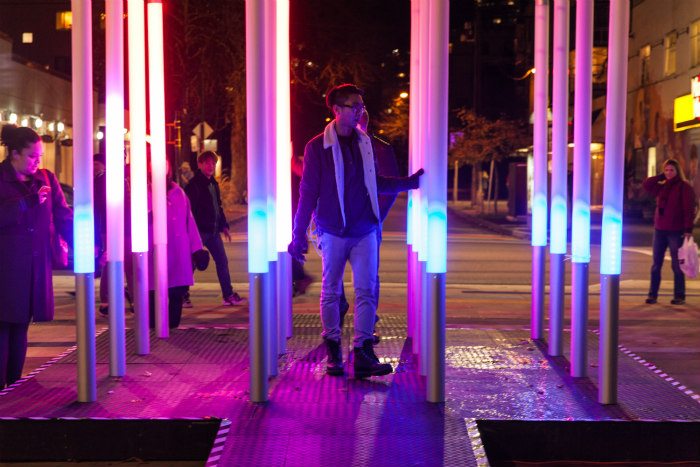 By: Tangible Interaction, curated by the Burrard Arts Foundation

The installation invites you, the viewer, to step inside and experiment hands-on, and see how the artwork responds to your movements. 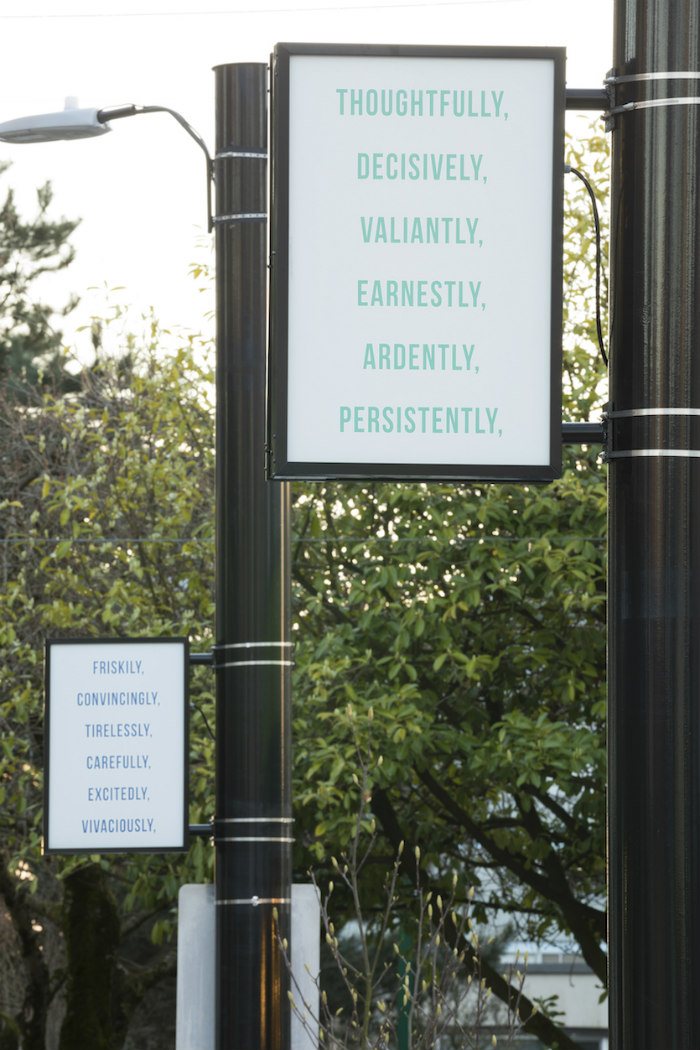 By: Erdem Taşdelen, curated by the Burrard Arts Foundation

Toronto-based artist Erdem Taşdelen’s ‘Postures in Protest’ is a series of six double-sided lightbox signs that list 72 adverbs, all of which describe how individuals stage protests in the public realm.

Installed on a public site in the Davie Village dedicated to the late Jim Deva, the piece honours the activist’s advocacy for LGBTQ2+ rights. The words are also meant as an encouragement for those fighting various forms of discrimination today.

The Limitation of Words to Describe Feelings 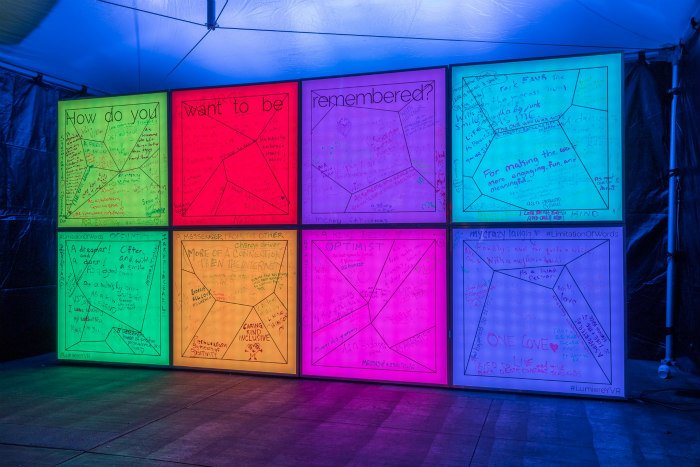 By: Hfour, curated by Jamie Hughes

This large community vision board is a canvas for the public to share thoughts, memories, and feelings, and express themselves through the written word. Ideas transcend from physical to digital as they are shared on social media – the new public megaphone. 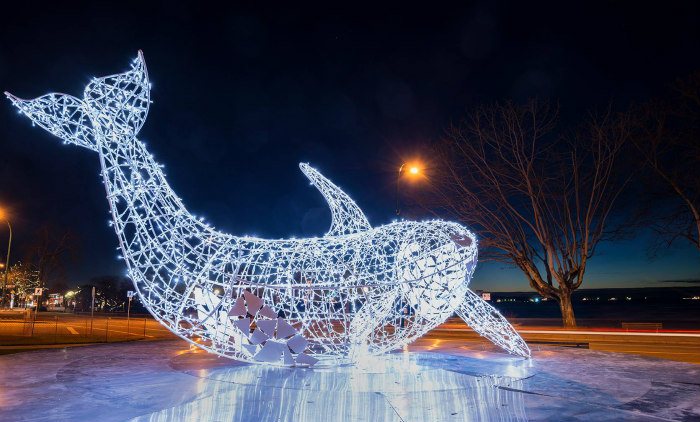 Returning for the third year, Luna is a custom one-off design, in recognition of the whales in the waters surrounding Vancouver.

This impressive installation is seven metres long by two and a half metres high and contains over 6,000 environmentally friendly, white LED bulbs.

Lumière launches early next month but you can learn more before then at  lumiereyvr.com and by following Lumière on Instagram.