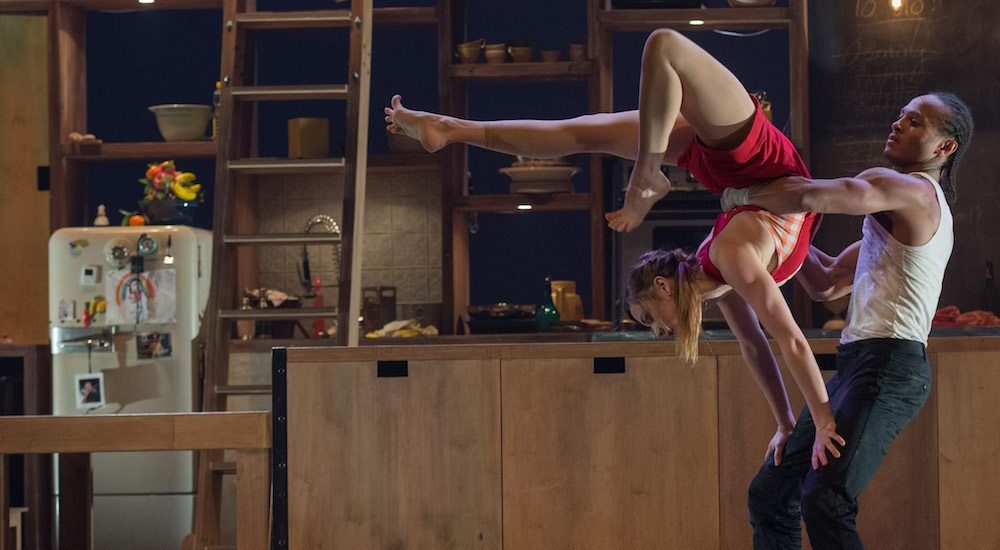 For most of us, kitchens can be fast-paced and chaotic affairs. Fond memories of childhood favourites. Burning the roast at your own grown-up dinner party. Cooking for a lover for the first time. Cooking and eating are intrinsically bound up in the way we experience the world, and doubly so in a world-class food city like Vancouver.

Enter Cuisine & Confessions, a show where acrobatics and cooking blend together to explore the meanings and rituals behind our lifelong relationship to food.

From long-standing, Montreal-based theatre company Les 7 Doigts, Cuisine will entice all of the senses at the Vancouver Playhouse from January 25 to 29.

In a gigantic kitchen, nine acrobats unite to create the most delightful meal. Bringing the trained performers the small stage allows for the real-life stories to remain front and center, as each share portions of their pasts through new and surprising ways.

“You realize how essential food is linked to these moments in our lives. It’s not a stretch – it’s right there,” says Co-Director Shana Carroll, on the phone to Daily Hive.

It all started when Carroll and her husband and fellow co-creator, Sébastien Soldevila, were brainstorming themes for their next show. They happened to be in the kitchen, where Soldevila reigns supreme. “He’s really obsessed with cooking, I was always teasing him that he was going to quit circus and open up a food truck.”

Carroll then laughingly reveals that she doesn’t cook. “My mom was a restaurant critic, so I grew up in that food culture. But I was living on tour until my mid-thirties, and of course [my husband] was a great cook and didn’t want me to…” 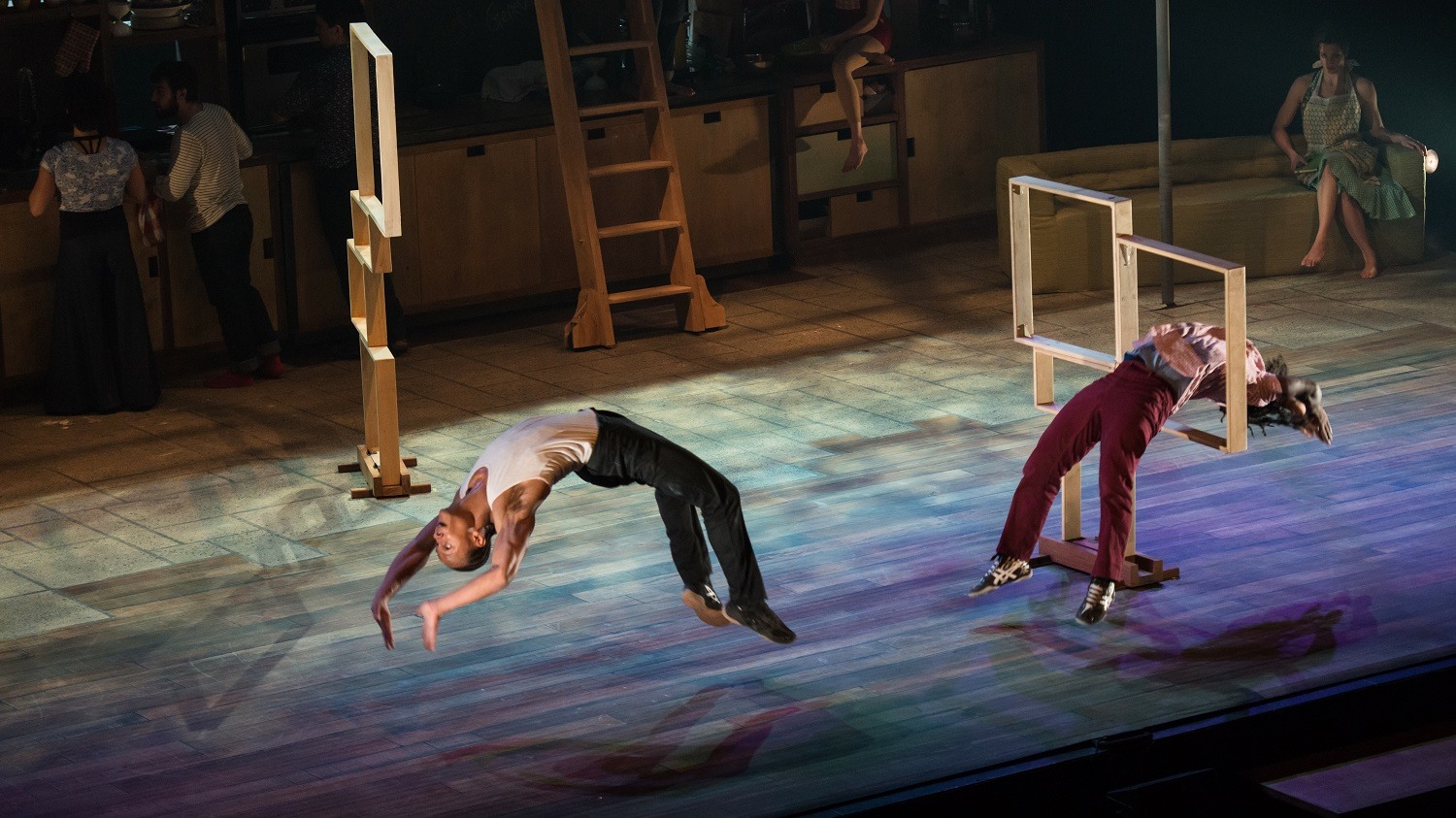 Following their passion, the creative duo settled on the overall theme of Cuisine & Confessions, and embarked on an extensive workshopping process that spanned an original soundtrack, recipe consultations, and training with deadly sharp chef’s knives. Touring the world through seven different languages later, the show has finally made its way to Vancouver, and is co-presented by Théâtre la Seizième.

Unless you’ve gone to a past Les 7 Doigts show (they last toured with Séquence 8 at the PuSh Festival), Cuisine & Confessions is something rarely seen on Vancouver stages. The production goes much further with actual storytelling, a sort of hybrid between theatre and gravity-defying acrobatics.

While there are auto-biographical moments, there is also a certain amount of dramaturgy involved in faithfully retaining the show’s best moments. New members interweave their own stories and leave impressions of their own pasts, and in doing so, recreate the show to newer, fresher heights.

Much like the food culture it honours, Cuisine & Confessions constantly evolves alongside our relationships to food and memory.