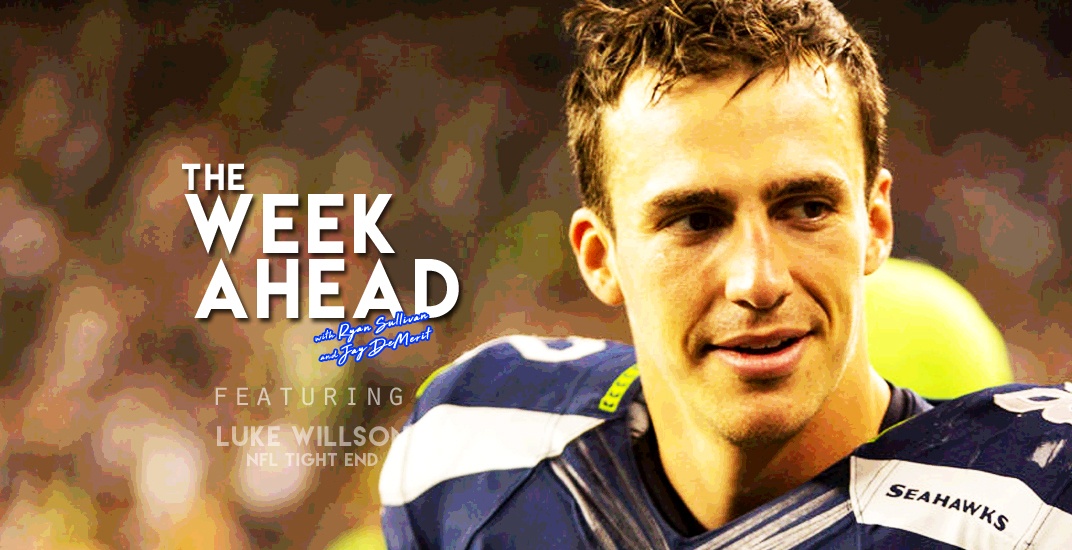 Returning for our 21st episode Jay and I had the honour of chatting with a great Canadian and all-around beauty NFL tight end Luke Willson. Luke was born and raised in Lasalle, Ontario and touched on pretty much everything with us in our Headliner segment, courtesy of Burrard Physiotherapy. Luke also ranks fourth in SI’s top free agent tight ends.

While we’d love for you to catch up on all of our interviews on the podcast (Luke Willson, Paul Bissonnette, Shawne Merriman, Andrew Ebbett etc), we understand that some people prefer the visual version instead. Click the link below for live video from our Monday night broadcast.

As alluded to above, we then headed straight into our Indochino Headlines segment. The second segment of the show always opens with the crowning of our Jackass of the Week and with ease Fergie Ferg walked away with the tiara.

After her stunning rendition of the Star Spangled Banner completely flopped, she became viral gold and hit every form of social media this past weekend. The peak of that social success was clearly top spot in our Headlines.

After Fergie, we chatted about the dangers of the snow cross course in South Korea. Numerous athletes have broken bones on it and the ski cross is set to get underway this week. We also discussed how the dunk contest needs to be fixed.

"Half man, half amazing!"

Is that Donovan Mitchell or Vince Carter?

Mitchell replicates the dunking legend and wins the #VerizonDunk Contest with this incredible hammer!#TakeNote pic.twitter.com/G4XxvLbgYl

While we do love Donovan Mitchell, it became painfully obvious that the “tributes” and “copycat” dunks have gone from cool to overplayed. New rules need to be implemented to weed these out of the mix or this contest is going to become an instant flop. 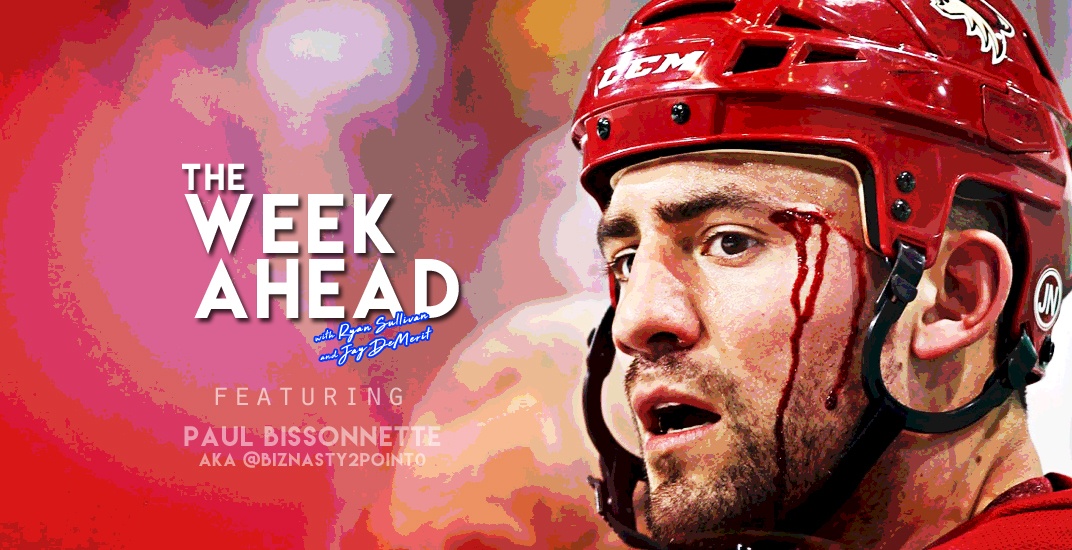 BTW, did you miss our episode with Paul Bissonnette aka Biz Nasty? No problem, here that is.