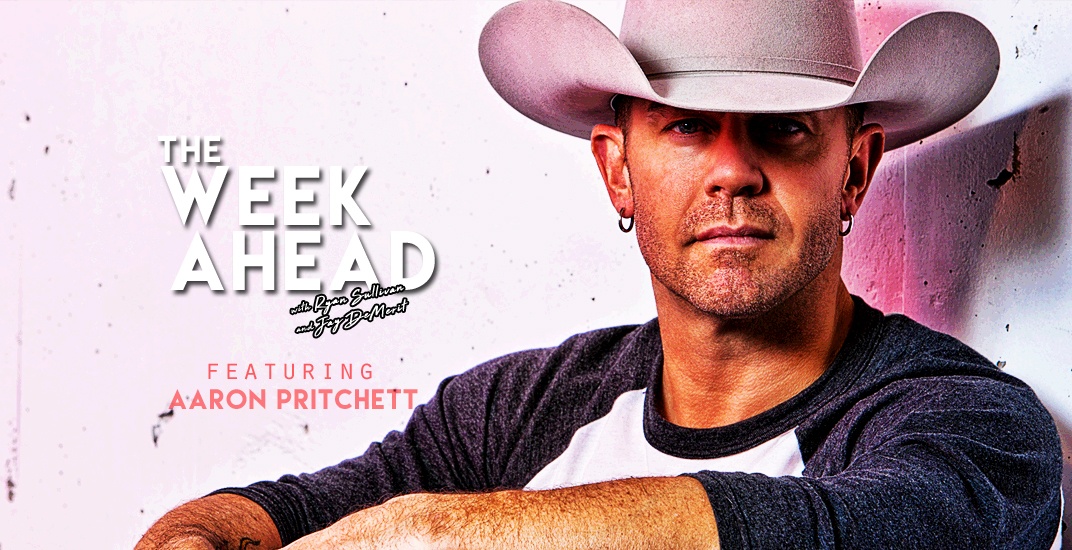 For the 26th episode of The Week Ahead, we welcomed Canadian born country music legend Aaron Pritchett to the studio. With Jay DeMerit on the road, Aaron filled in as co-host and did a fantastic job!

More than just an interview and sports talk took place Monday from Daily Hive, though, as Aaron also dropped the world debut of his latest single ‘Worth a Shot’. The song’s premiere and Aaron’s presence in the booth were brought to by the fine folks at Burrard Physiotherapy.

We then crowned our Jackass of the Week with ease. Wide receiver Zay Jones of the Buffalo Bills was caught on camera by TMZ running around an apartment building naked, stomping in a window, bleeding all over and getting arrest. We segued that with Loyola-Chicago magical run and updated our March Madness prop sheets. In fact, we even put down new picks (yes, it’s still possible), courtesy of Sports Betting Dime.

It was then time to talk about the tank. After dropping a sweet 10 of 11 games, the Canucks have rattled off two wins in three to start the week. This wouldn’t be a bad thing, of course, unless the fans in this town weren’t pulling for the #1 pick. Thankfully, Monday night wins from both Arizona and Buffalo will keep the Canucks in contention. Aaron and I gave our predictions for what lies ahead though entering the week.

Speaking of which, Aaron and I then previewed the entire Week Ahead in everything from the NBA to the Premier League, to the NHL to Major League Baseball. I truly hope you enjoy this week’s episode and Aaron’s new tune. Jay will be back with me in-studio next week.

BTW, did you miss last week’s episode with NHL analyst Greg Wyshynski? No problem. Here it is!