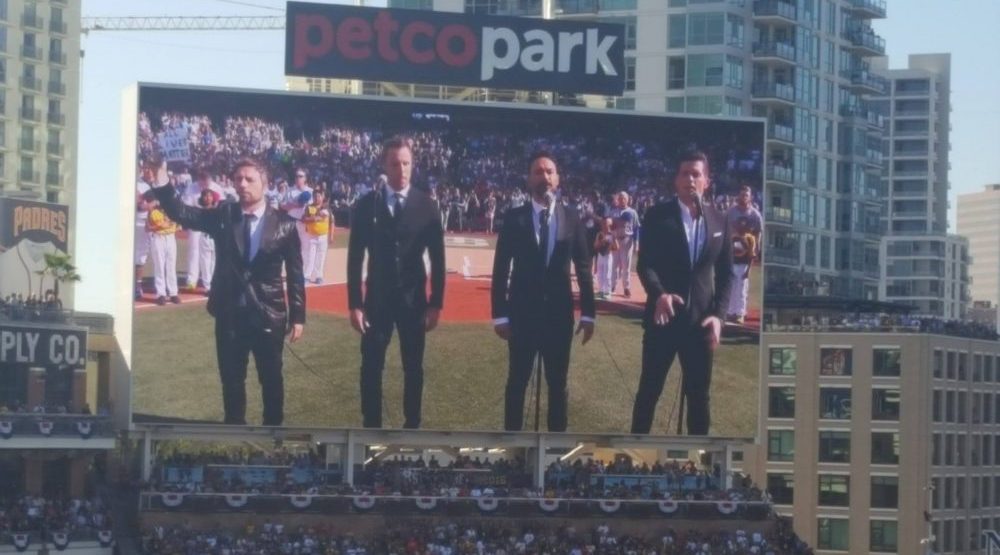 The Tenors are in hot water on social media after they changed the lyrics to O Canada while holding up an ‘All Lives Matter’ sign at the MLB All-Star Game in San Diego today. ‘United we stand’ was printed on the back of the sign.

Instead of singing “with glowing hearts we see thee rise, the true north strong and free,” singer Remigio Pereira sang “we’re all brothers and sisters, all lives matter to the great.”

Why The Tenors chose to re-write the Canadian national anthem is beyond me. I’m speechless. #ASG

“And now, please welcome the Tenors, to somehow insult the black community and ruin the Canadian anthem at the same time. Play ball!”

If you’ve ever wondered what the Canadian term “douche canoe” means, the Tenors just gave an example

Tenors tried to send America a message with the anthem changes, but no one there noticed. All they did was make Canada cringe. #AllStarGame

You can actually see the other #tenors slowly like at him like "what the fuck" when he starts his solo.@bruce_arthur pic.twitter.com/awZGTHjyk0

*Update: The Tenors have issued an explanation/apology.