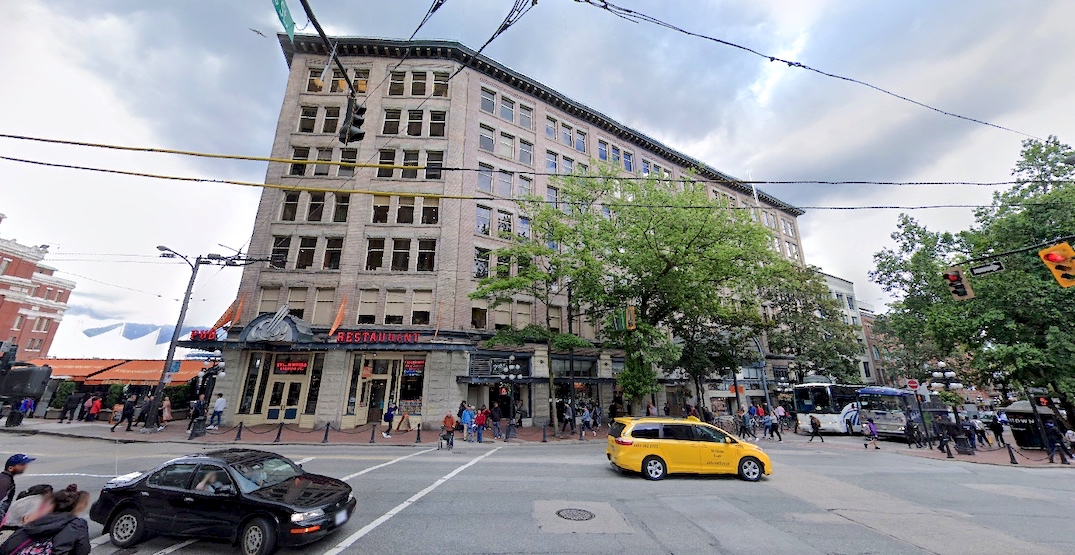 The Landing at 375 Water Street in Vancouver's Gastown. (Google Maps)

The Toronto-based commercial developer’s purchase of the landmark historic property at 375 Water Street — the northeast corner of the intersection of Water Street and Cordova Street, just east of Waterfront Station and at the northern foot of Richards Street — will be funded by the proceeds from the sale of a non-managing undivided 50% interest in two properties in its Montreal portfolio to a pension fund.

The value of the deal for The Landing was not disclosed, but it is expected to close in the second quarter of 2020. The latest assessment pegs the property’s assessed value at $121 million, with $111 million for the land and $10 million for the structure.

The 1905-built, eight-storey building contains 148,355 sq. ft. of office space, 27,115 sq. ft. of ground-level retail, and 53 underground vehicle parking stalls. In 1987, it was extensively renovated and restored as a modern workspace, and is now considered one of the best Class I buildings in the city. 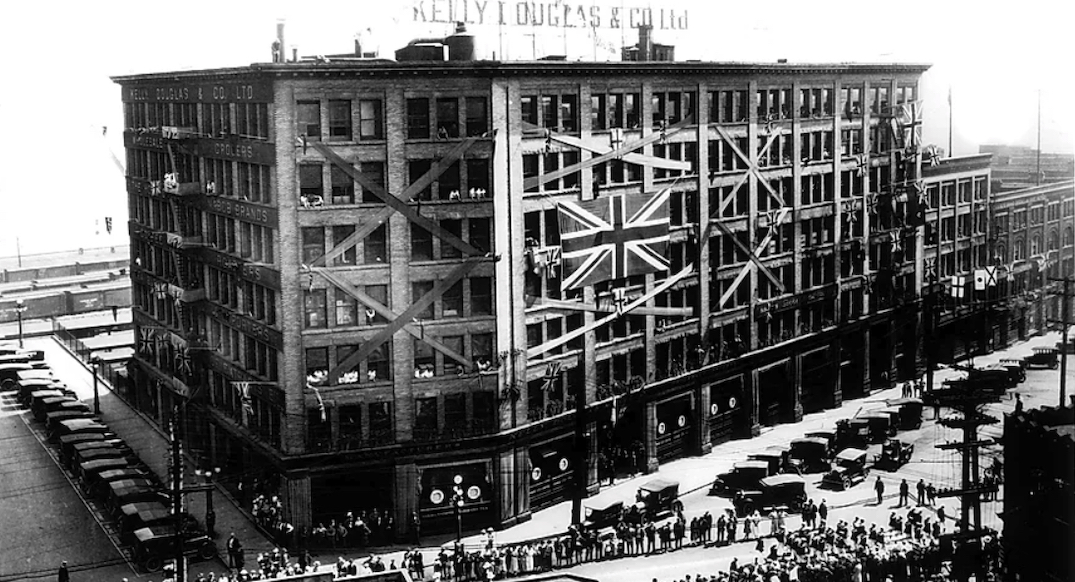 Vintage photo of The Landing at 375 Water Street in Vancouver’s Gastown during the early 1900s. (Carrera Management Corporation)

Currently, the building is 99.3% leased, mainly to knowledge-based organizations and “distinctive retailers.” The company says the weighted average lease term of the building is 3.3 years, which should enable the company to “propel rent growth in the near term.” 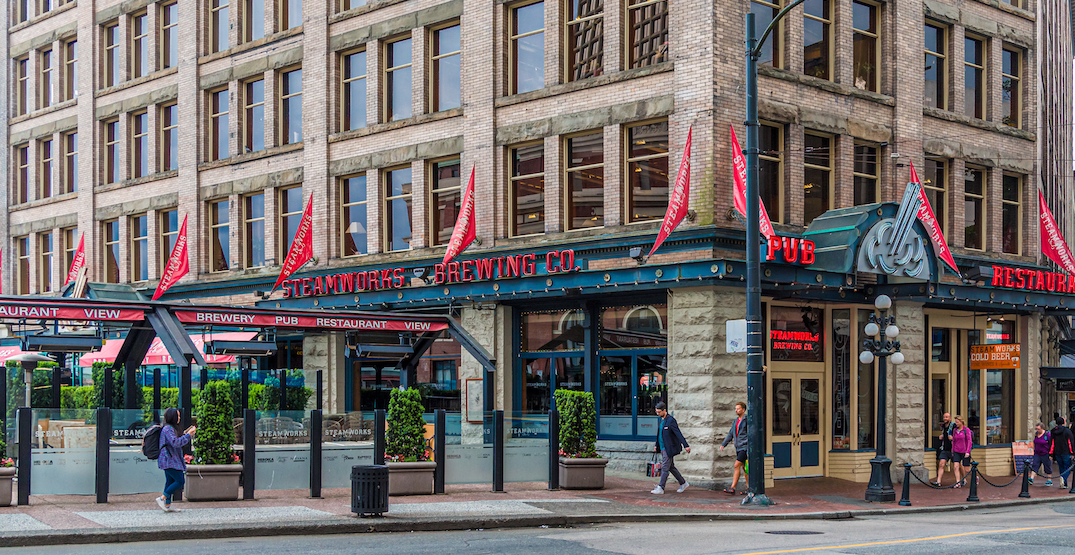 Steamworks Pub Brewery at The Landing in Vancouver’s Gastown. (Shutterstock)

The offices of the football club are also located within The Landing, which was acquired by Kerfoot in the 2000s as part of his vision of privately funding a new 15,000-seat outdoor soccer stadium, located over the railyards that are immediately north of the building. Early design concepts integrated The Landing into the stadium, specifically the use of the building’s main office entrance and lobby on Water Street as one of the stadium entrances.

But the concept of a stadium over the railyard was rejected by the municipal government over technical obstacles, specifically the tight footprint for a stadium that is intended to be eventually expanded to 30,000 seats, and safety issues with the parked freight trains below the stadium carrying hazardous cargo.

This building also hosted the office of the Vancouver 2010 Bid Corporation and the first office of VANOC. 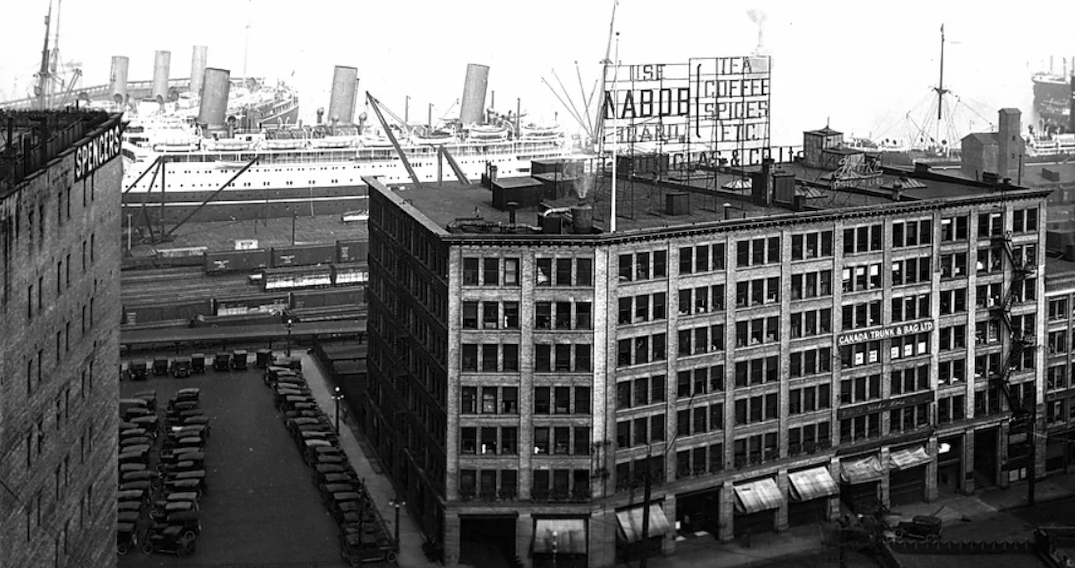 Vintage photo of The Landing at 375 Water Street in Vancouver’s Gastown during the early 1900s. (Carrera Management Corporation)

Allied says the acquisition is integral to their strategy of growing their portfolio in the city, which now consists of 12 properties with over 643,000 sq. ft. of gross leasable floor area.

Another project they are collaborating with Westbank is the office building proposal at 720 Beatty Street, next to BC Place Stadium. It will have 620,000 sq. ft. of office and retail space.

Other properties in their portfolio include the historic Sun Tower at 128 West Pender Street, 155 West Hastings Street (Spaces Co-working), 2233 Columbia Street, and a handful of properties in Yaletown.