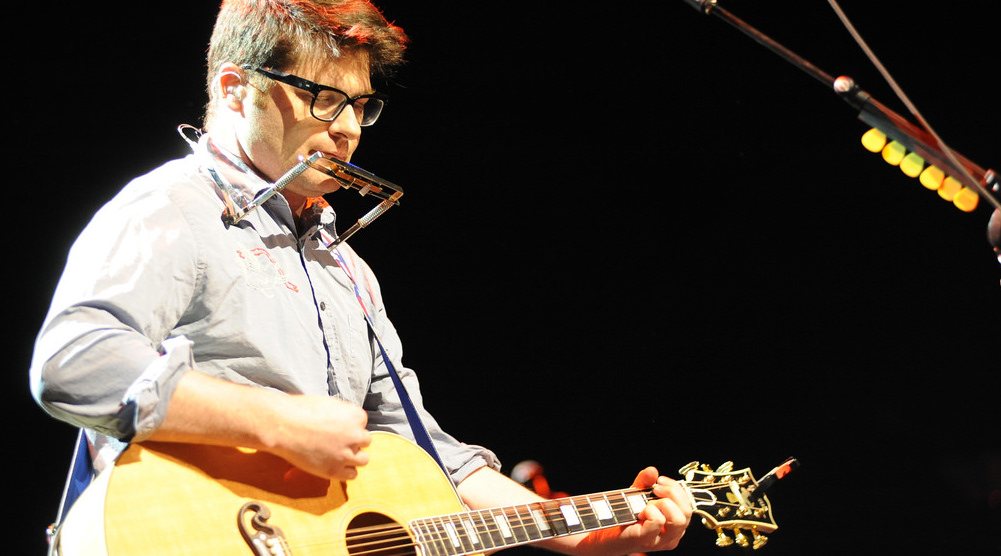 Colin Meloy of The Decemberists performing in 2011 (Dig Boston/Flickr)

After taking some time off touring (six years, in fact) The Decemberists are back, bringing new tracks to Vancouverites this summer.

The band finished their last tour in 2011 and took an extended break, allowing for frontman Colin Meloy to spend time with family and complete his children’s novel trilogy, Wildwood.

Meloy also spent much of that time writing new songs, and the band got together in studio to create their latest album, What a Terrible World, What a Beautiful World, which fans will be hearing tracks from in their upcoming tour.

Meloy said that the additional time granted to putting this album together really impacted the finished product.

“There’s something very freeing about working on music with absolutely no agenda, and just letting the songs become themselves,” Meloy said in a release. “Some of these songs are among the more intimately personal songs I’ve ever written.”

Anyone hoping to catch them live and in person will have their chance to this August, with tickets going on sale at 10 am this Friday, March 31.