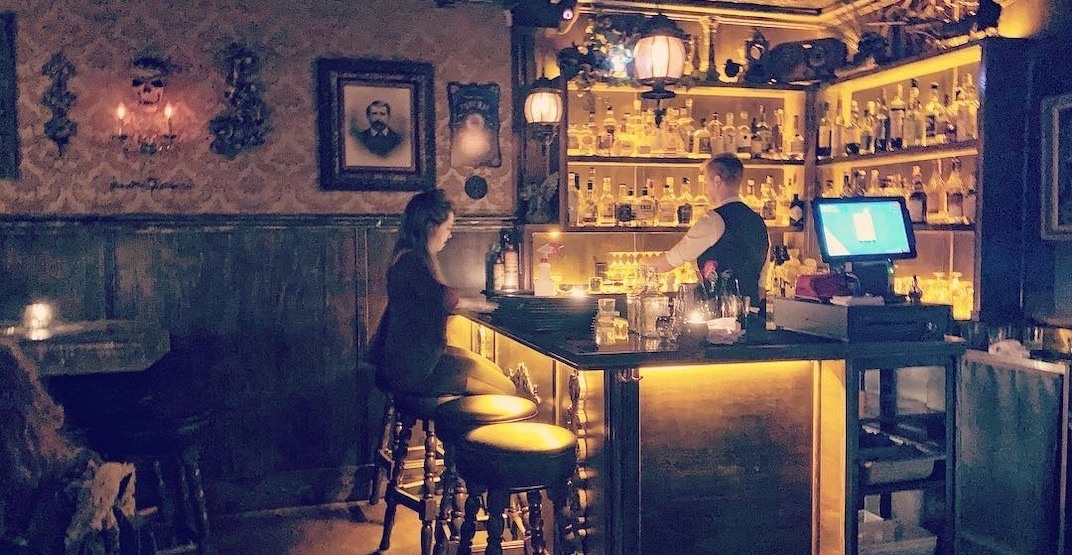 It’s been under a year since Vancouver’s first-ever haunted bar, The Dark Manor Inn, opened its doors, and the 4298 Fraser Street spot has announced it will be closing soon.

This concept first opened in November 2018, it was brought to us by the same folks behind Main Street’s popular Shameful Tiki Room.

Owners of this spooky spot made the announcement yesterday, saying that despite a strong opening, the “recent months have been a mighty struggle.”

The statement also said that the haunted concept might have been “better suited elsewhere.”

The Dark Manor Inn’s last day of operation will be July 7.

Read the full closing statement below.

With much sadness we are announcing that The Dark Manor will close its doors on Sunday July 7th.

After a strong opening, the recent months have been a mighty struggle. While our concept is cool, it would have been better suited elsewhere. So, if you’ve enjoyed the manor or have yet to experience it, make your reservations now for this final stretch as we fully expect to go out with nothing less than a ton of fun.