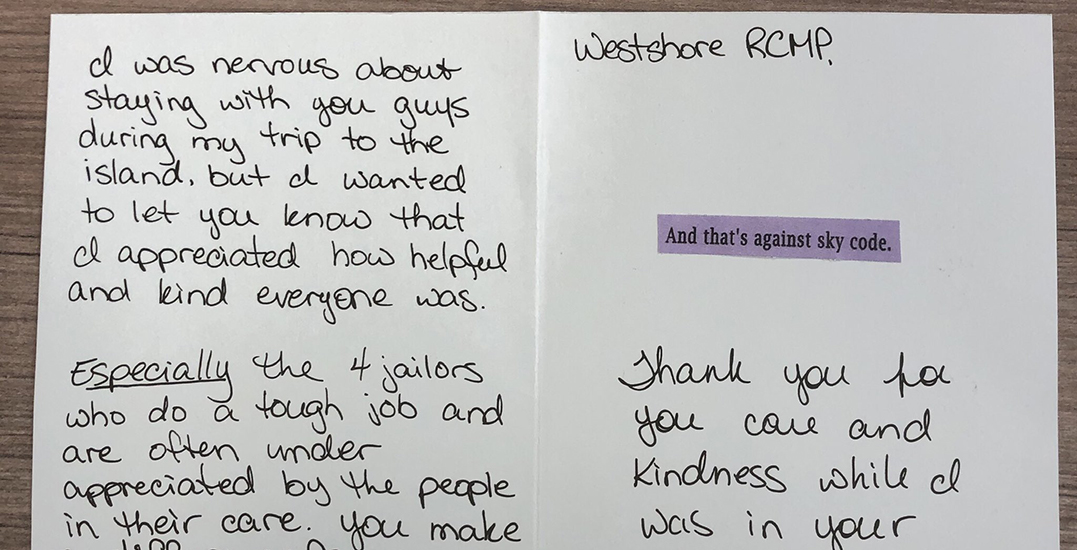 An RCMP detachment on Vancouver Island received a glowing review from a person who was in their custody.

Earlier this week, the West Shore RCMP shared a photo of a handwritten card they received.

The detachment shared a photo of the card on social media, noting that they “don’t often get thank you cards from people who ‘stay’ with” them.

@WestshoreRCMP don’t often get thank you cards from people who “stay” with us, but this was sure nice to see. 4.5 star rating to boot! 😀 pic.twitter.com/3vfLhzQOG4

The person who sent the card says that “they were nervous about staying” with RCMP during their trip to Vancouver Island, but “appreciated how helpful and kind everyone was.”

The sender was especially thankful for the four jailers who they say “do a tough job and are often under-appreciated by the people in their care.”

“Thank you for your care and kindness while I was in your custody.”

A score of four-and-a-half stars is also written on the bottom of the card.

Daily Hive has reached out to West Shore RCMP for further comment.