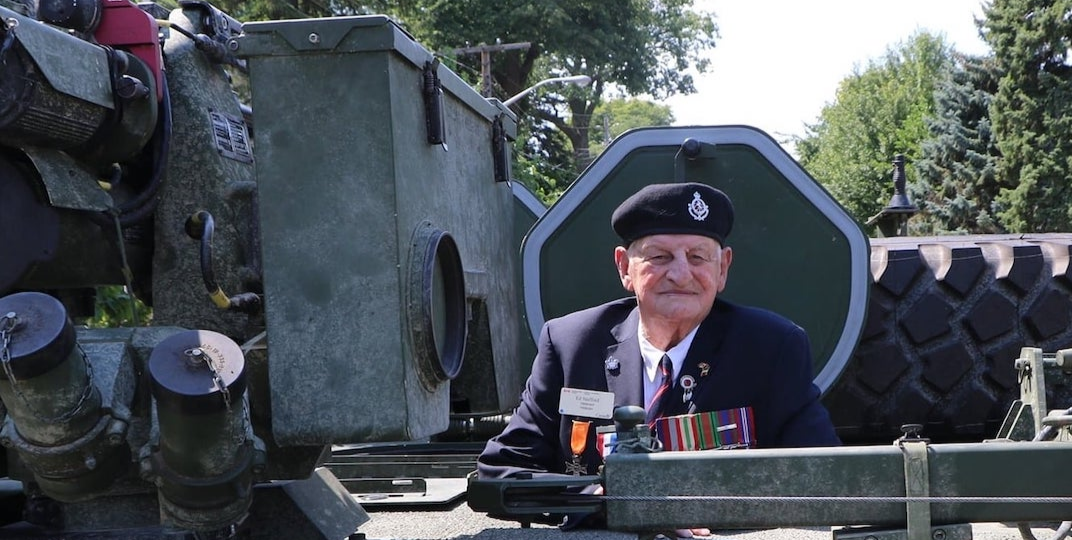 Veteran Ed Stafford won’t be able to gather with his loved ones for his 100th birthday on January 31, but that doesn’t mean he won’t get to celebrate on this special day.

Canadians were asked to send the World War II trooper a birthday card to help “make this a memorable day” and “let him know that people are thinking of him” in social media posts from the 4th Canadian Division on January 14.

Since then, Prime Minister Justin Trudeau and Minister of Defence Harjit Sajjan have shared the message, encouraging people to write to Stafford and honour this milestone.

A true Canadian hero, Veteran Ed Stafford deserves an incredible 100th birthday – so let’s make it happen! Check out the tweet below to see how you can help. 👇 https://t.co/E3fqLz7NY8

Stafford is a former trooper with the Governor General’s Horse Guard, as he explained in a video created in 2018 as part of the City of Toronto’s annual Remembrance Day programs.

“I worked in communications,” he said. “I took officers and supplies from one squadron to another.”

Stafford, who grew up in the west end of Toronto, also said he served in Italy and Holland between 1940 and 1945, enrolling when he was around 20 years old.

“We shouldn’t forget,” he added. “And never let it happen again.”

Canadians wishing to send Stafford a birthday wish can do so to the following address: