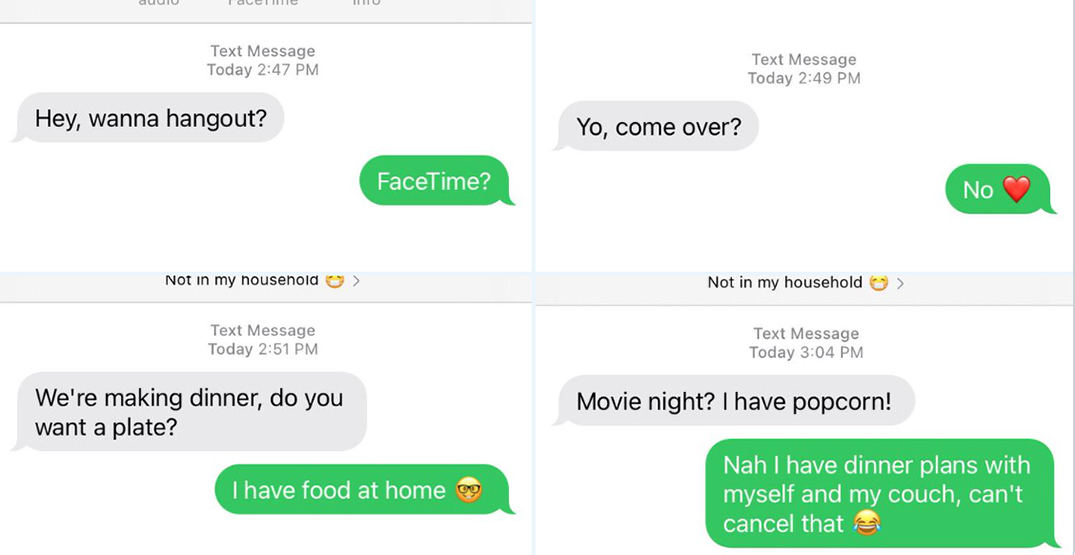 British Columbians aren’t allowed to gather with those outside their household for at least another week as COVID-19 infections surge, and the City of Vancouver has some timely suggestions for how to decline an invitation to hangout.

The city shared their go-to texts in a tongue-in-cheek tweet Friday afternoon. Their suggestions include requesting to FaceTime instead, sending a passive-aggressive “no” coupled with a heart emoji, and highlighting one’s plans with the couch.

The cheeky texts all came from a contact labelled “not in my house” with a mask emoji, signalling the fictional character’s commitment to COVID-19 safety protocol.

How to say no to social plans with people outside of your household during a pandemic 👇 pic.twitter.com/F7KzA9DVyr

Vancouver Coastal Health, the regional health authority known for its pandemic-related TikToks, gave props to the city on Twitter for its suggestions.

If only beating the pandemic were as simple as these texts.