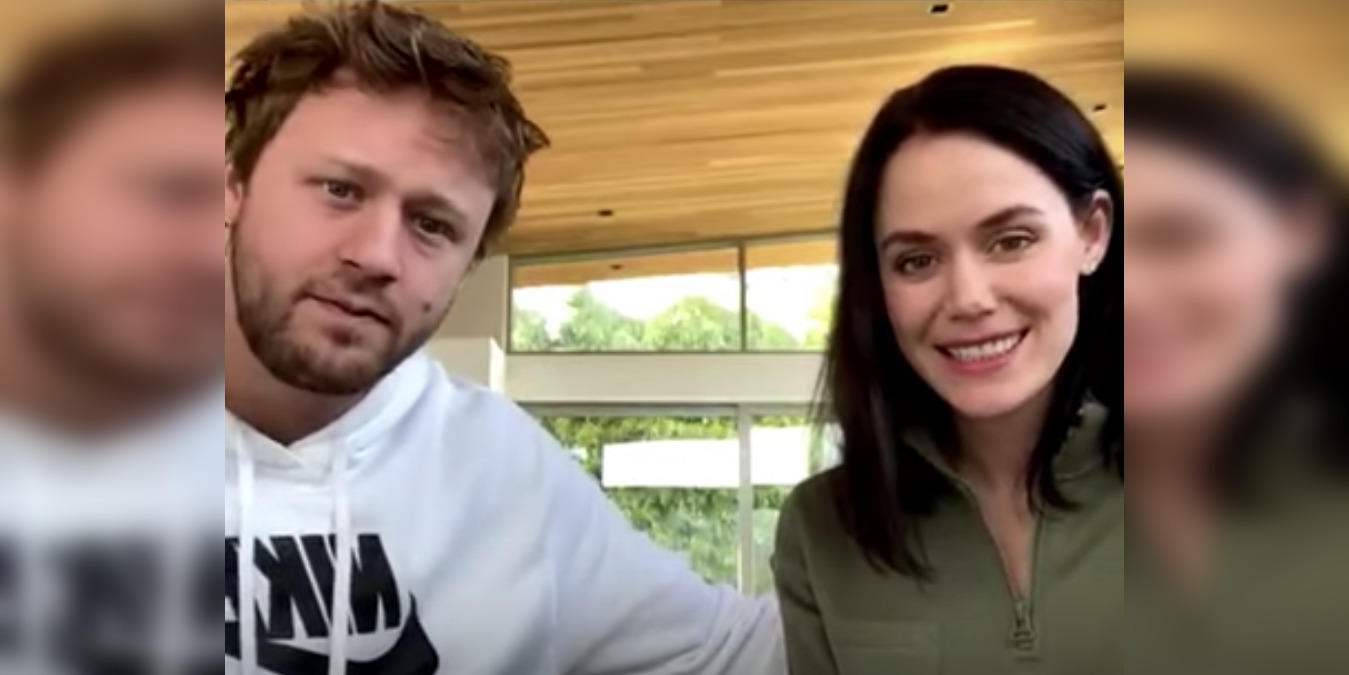 Canadians have been obsessed with Tessa Virtue’s relationship status for a few years now.

The three-time Olympic gold medallist’s chemistry with ice dance partner Scott Moir was so strong, that fans became captivated by the potential for an off-ice romance.

But alas, it was not to be.

Rumours have been circling for a while now that Virtue was romantically involved with another talented skater, Morgan Rielly of the Toronto Maple Leafs.

And on Tuesday, that was all but confirmed.

Virtue joined Arkells lead singer Max Kerman on Instagram Live, where she was hanging out with Rielly in the Leafs defenceman’s hometown of North Vancouver.

While they didn’t explicitly get into their relationship status, they certainly looked and sounded like boyfriend and girlfriend.

You can watch it in full here:

Tessa said they’ve been staying active together, which includes “long walks, hikes, and core workouts at home.” Virtue said she and Rielly even took a barre class together, taught over FaceTime by Tessa’s sister.

“It’s so beautiful. It’s really refreshing to just walk and see the mountains,” said the 30-year-old former Olympic ice dancer of living on Vancouver’s North Shore, confirming that it was done at “safe distances.”

“We both did a workout, it took a week for us to not be sore,” said the 26-year-old NHL star. “We were limping around Vancouver yesterday.”

But like the rest of us, Virtue and Rielly have a lot more free time on their hands.

Virtue said she just finished watching Love is Blind and is doing some writing for a yet-to-be-revealed project. She’s also doing some math work, in preparation for her MBA, which she hopes to start in the fall.

“I certainly feel more connected to my inner circle, the people in my life,” said Virtue. “My friends and family. Those group chats are kind of blowing up… I think it’s been a really awesome opportunity to reconnect with people, funny enough, from the isolation of our homes.”

Rielly, meanwhile, said he has been given some books to read by Leafs GM Kyle Dubas. When quizzed by Kerman about his video game consumption, Rielly said it was a young man’s game.

“I don’t really play anymore. I can’t keep up with the young kids. The game changes so fast. I took a week off Fortnite and I came back and it didn’t even look the same,” said Rielly, who also added that Mitch Marner is “legit.”

Kerman also tried to dig up dirt on Rielly’s teammates, asking which Leafs player was probably not taking home workouts as seriously as they should. Without hesitation, Rielly said Tyson Barrie.

On the other side of the spectrum, Rielly figured that Zach Hyman was working out the most.

“Hyman is probably doing home workouts and playing video games, that’s his life ordinarily, so I don’t think it’s too much of a change.”

Virtue’s time on IG Live ended with the London, Ontario native teaching Kerman some dance moves. She plans to choreograph something for the musician, who said he’ll use them in a video at the end of the week.

Virtue was also given an opportunity to give some shoutouts, which the well-spoken Olympian did perfectly.

“The healthcare professionals, the nurses, all the doctors that are right there at the front of all of this, we’re just in awe. We’ve been speaking at length about just the courage and the bravery that takes. And the grocery store attendants and staff members have just been phenomenal.

“It is amazing to me that the communities have come together… And that’s really beautiful to see.”