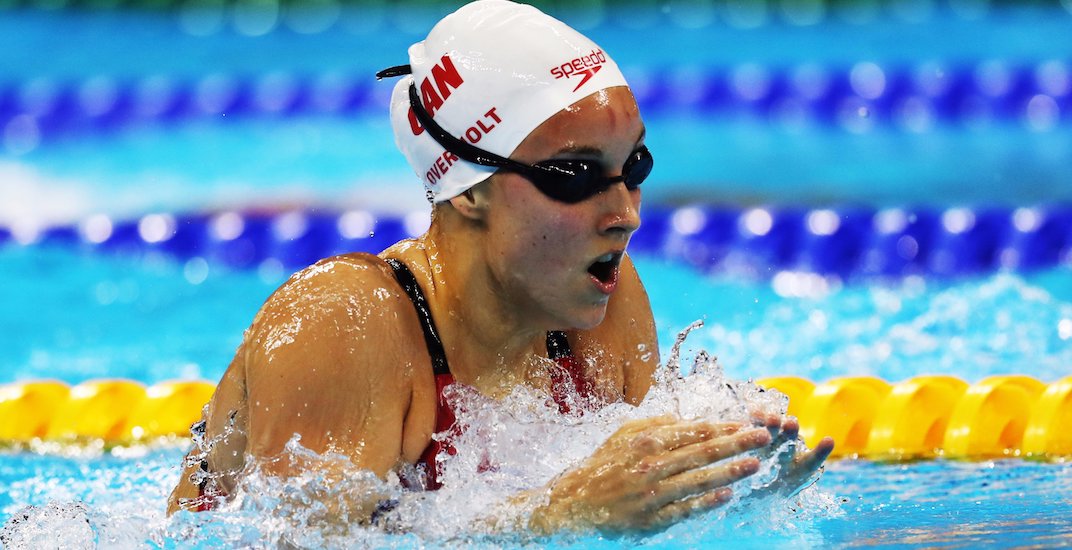 Canada took a stand on Sunday, becoming the first country in the world to formally declare that it would not send athletes to the Tokyo 2020 Olympics unless it was postponed to a later date.

The move was largely applauded, as the world has bigger things to worry about during the COVID-19 pandemic.

The International Olympic Committee has since announced that the Games will be pushed to 2021, which should allow athletes a level playing field to compete next year.

It was the logical decision to make, but it’s one that has huge implications for athletes who dedicate their lives to a two-week period every four years.

That’s true for 22-year-old Canadian swimmer Emily Overholt, who won a bronze medal four years ago in Rio and had big plans for this summer as well.

“I think this whole situation is a bit surreal,” Overholt said in a telephone interview with Daily Hive. “Even back a couple of weeks ago when our [Olympic] trials got cancelled, I just had a hard time accepting it.”

Overholt was supposed to be training in Florida this week, preparing for the Olympic trials in Toronto on March 30. Instead, she’s at home in Greater Vancouver with lots of time on her hands.

“Things are very different for me right now. I typically have a really set schedule.”

A third-year kinesiology student at UBC, Overholt usually spends 24 hours a week training, which includes 18 hours a week in the pool, plus dry-land and weight training.

“We haven’t been able to swim for about 10 days now. So I’ve been at home and trying to just keep things in perspective and remember that this is bigger than sports. It’s important for me to stay inside, and I’ve just been trying to keep a routine.”

Without access to a pool, Overholt says she’s been keeping fit by doing random workouts she finds on YouTube. Trying to find some sense of normalcy in her life right now, she admitted that it was hard to stay motivated with an unclear path ahead.

But as difficult as it may be, Overholt knows the decision to postpone the Games was the right one. And after weeks of uncertainty, in some sense, the Olympic postponement was a weight off her shoulders.

“I think it’s a bit of a relief to have some definitive answers about what’s happening this summer… Having another year to prepare is not a bad thing, and I think just having some time to prioritize health and safety, and stay home and not have to worry about training, is also a really good thing.”

At just 18 years old, Overholt made the Olympic final in the 400-metre individual medley four years ago, finishing fifth, and earned a bronze medal as part of Canada’s 4×200-metre freestyle relay team. That team was a medal hopeful in Tokyo also, given the group set a national record when they captured bronze at the World Championships in South Korea last year, with Overholt swimming the second-fastest leg.

Bronze🥉!! So proud of these girls!! One more race with Team 🇨🇦 tomorrow.

“Racing for Team Canada is a pretty incredible feeling and being able to do it on a relay too with three other girls was really special. I’m really hoping that next year I will have the opportunity to do that again.”

So for Overholt and many others just like her, it’s time to refocus and look ahead to 2021.

“The goal stays the same, it’s just the timing is a bit different.”