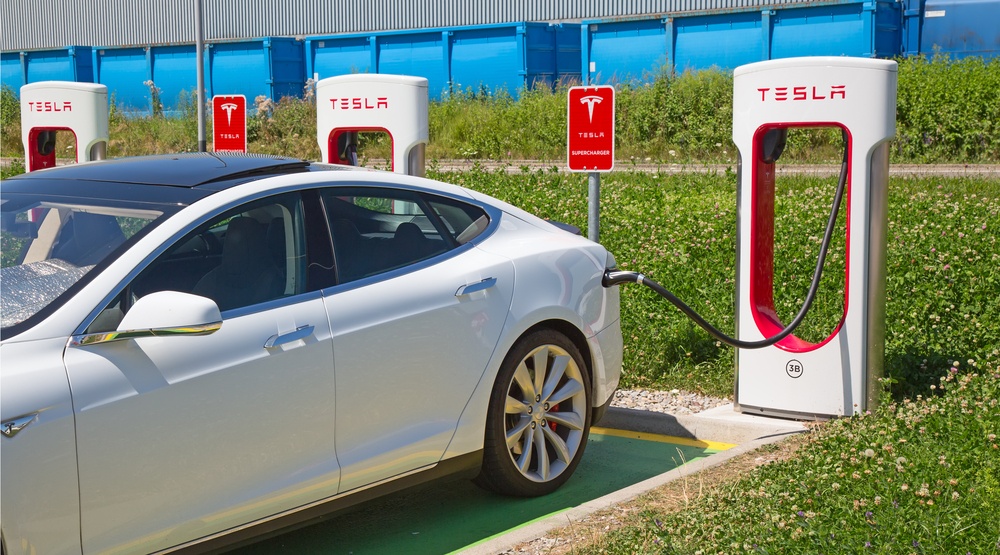 Tesla has announced they will be opening a new supercharger for its electric vehicles in downtown Vancouver by the end of 2017.

The exact location of the supercharger is yet to be revealed, but from a map on Tesla’s website, it looks set to be on the intersection of Robson and Hornby.

This marks a dynamic shift in the battle between electric and gasoline cars, coming as the two last remaining gas stations in downtown were put up for sale and closed.

Meanwhile, Tesla is preparing to introduce a mass market vehicle in the upcoming months, and continues to expand its Model X and Model S fleet.

Tesla further announced they will double the number of superchargers around the world from its current tally of 5,400 to 10,000 by the end of the year.

The superchargers were first introduced in 2012 to enable people using electric vehicles to make long-distance trips.

The majority of Tesla’s new supercharging stations will be in California, with the company set to add 1,000 superchargers in that state alone.

The company will be growing its number of destination chargers from 9,000 to 15,000 globally by the end of the year.

Tesla has further revealed they are to begin building larger supercharging sites along the busiest travel routes to accommodate more vehicles simultaneously.

Earlier this year, the company announced it is moving from the free-to-use model to pay-as-you-go model for its superchargers for Model S and X fleet ordered after January 15, 2017.

The company will levy charges on its consumers once they use up their annual quota of 400 kWh or about 1600 km.

While consumers in most countries are being charged per kWh, the company will charge per minute to its customers here in BC.

The cost of using the Tesla superchargers here vary from $0.14 to $0.28 depending on the tier the consumer uses for charging their vehicle.

Editor’s Note: A previous version of this story described California as a city. It is of course a state, and the story has been updated to reflect this.