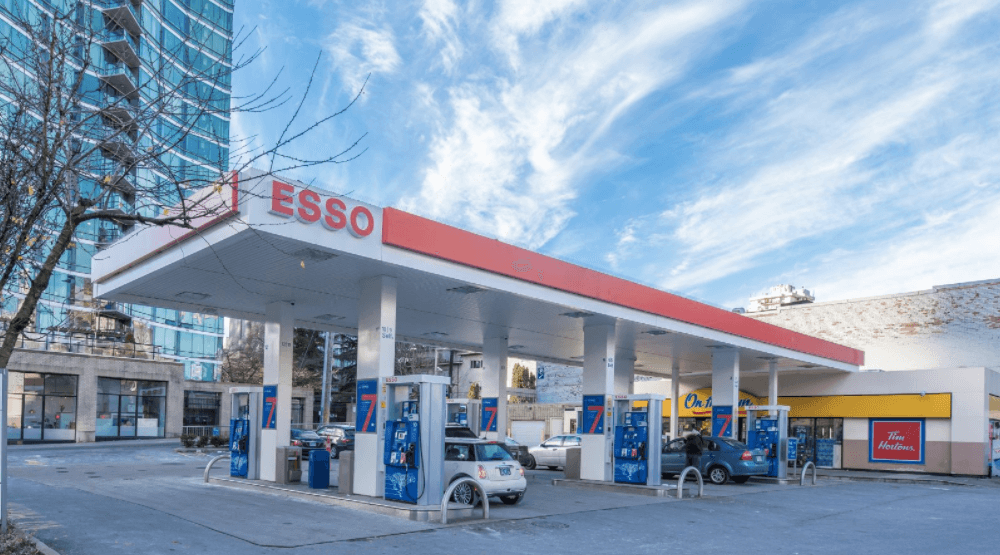 Drivers in downtown Vancouver could soon have to go further for gas.

After one of the last two gas stations in the downtown peninsula shut its doors recently, it appears the final-remaining one may be headed for the same fate after the property was listed for sale.

Located at the intersection of Davie and Burrard Street, and currently home to an Esso station, the property is described as the “Gateway to Davie Village,” by listing agent, Colliers International.

The listing notes that the 17,292 square foot property is sits in Area “G” of the Burrard Corridor, and that building heights in this area “can be considered up to a maximum of 300 feet.”

It also notes that “rezoning applications to increase density can be considered.”

While there is no price attached attached to the listing, the recent sale of the other remaining downtown gas station on West Georgia fetched $72 million.

And, if the station does close, the closest gas for downtown drivers will be: 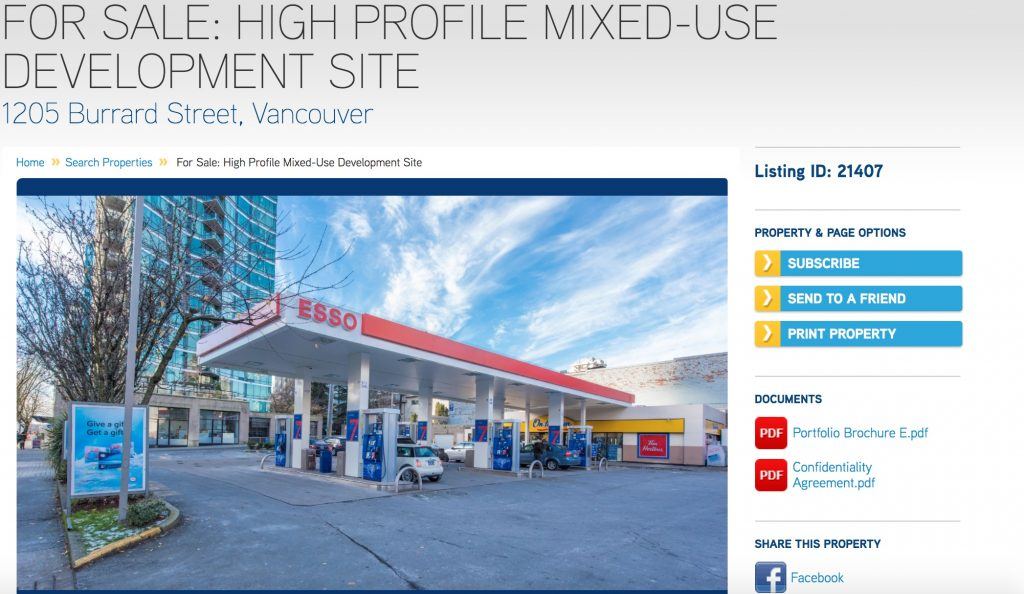