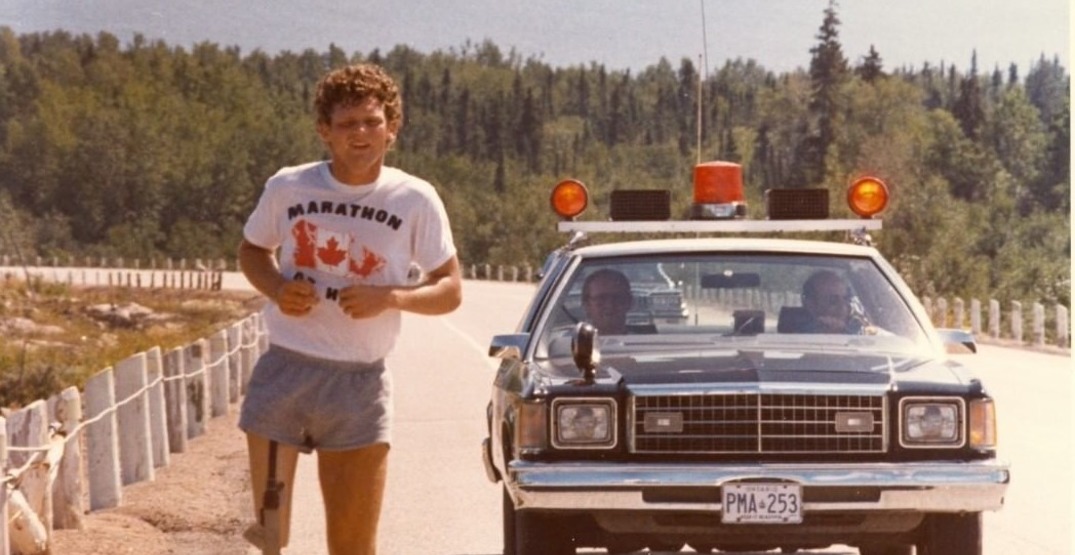 Today, April 12, 2020, marks the 40th anniversary of the amazing endeavour embarked upon by great Canadian, Terry Fox, called the Marathon of Hope, in which he ran across six provinces to raise money for cancer research.

Fox was born in Winnipeg, Manitoba and raised in Port Coquitlam, British Columbia.

He was an active teenager who played many sports. Unfortunately, at the young age of 18, he was diagnosed with osteogenic sarcoma (bone cancer), which required his right leg to be amputated six inches above the knee in 1977.

During his time in the hospital, Fox was deeply impacted by the suffering of his fellow cancer patients, many of whom were young children.

Thus, he was inspired to embark on a run across Canada to raise money for cancer research.

He decided to call this venture the Marathon of Hope.

At first, the Marathon of Hope did not garner much attention. However, the enthusiasm surrounding Fox’s mission grew and grew as did the funds his run was accumulating.

Fox ran nearly a marathon (42 kilometres) a day through Quebec and Ontario.

Unfortunately, on September 1, following 143 days and 5,373 kilometres, Fox was forced to conclude his run outside of Thunder Bay, Ontario, as it was discovered that cancer had appeared in his lungs.

The news left Canadians across the country shocked and saddened.

Although the Canadian hero was gone, his legacy and message of hope and determination continue to echo across the world years later.

After separating from the Canadian Cancer Society, the Terry Fox Foundation was officially founded in 1988.

The foundation was created to keep the vision and principles of Fox alive as well as continue his mission of raising money for cancer research through the annual Terry Fox Run, Terry Fox School Run, as well as other Memoriam donations and initiatives.

Fox’s initial goal for his run was to ask every Canadian for one dollar. Now, the foundation has raised over $750 million for cancer research.

Today marks the 40th anniversary of Fox’s message of hope, perseverance, and compassion, and the 40th annual Terry Fox Run is set to take place on September 20, 2020.

“I want to set an example that will never be forgotten,” Fox said regarding his Marathon of Hope.

It is undeniable that he did just that, and his kind heart, incomparable drive, and profound determination to help others continue to set an example for all of us to this day.

Unfortunately, cancer continues to plague the lives of millions of people around the world.

You can donate to the Terry Fox Foundation on their website.