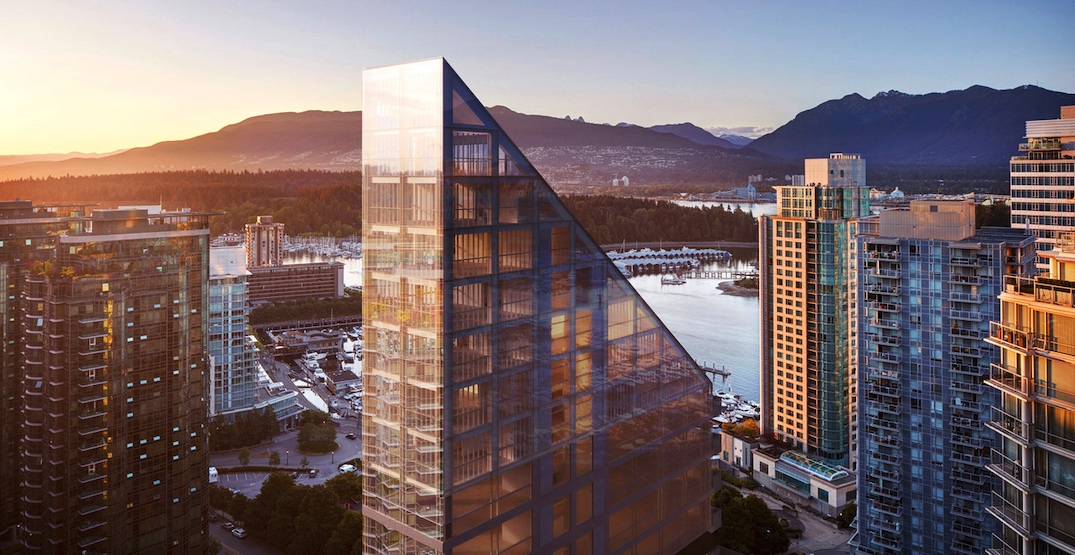 The pace of Terrace House‘s construction over the past two-and-a-half years has been far slower than normal, as if it has been suspended, and a recent insolvency bulletin provides some insight on the financial state of the relatively small redevelopment.

PortLiving’s much-touted 19-storey luxury condominium tower redevelopment at 1250 West Hastings Street in Coal Harbour was set to be the tallest hybrid timber building in the world. The project is designed by internationally renowned Japanese architect Shigeru Ban, which was supposed to be his first Canadian project and his tallest.

But a May 2020 bulletin shows PortLiving’s subsidiaries of Port Capital Development and Evergreen House Development Limited Partnership, the entities that are responsible for Terrace House, obtained creditor protection. The future of the project appears to face immense uncertainty.

They have about $46.7 million in liabilities, including $20.1 million to CMLS Financial Ltd. and $14.7 million to Aviva Insurance Company of Canada.

The bulletin states “the companies are undercapitalized in terms of equity” and “are unable to meet their obligation to fund any cost overruns on the Terrace House Project.” 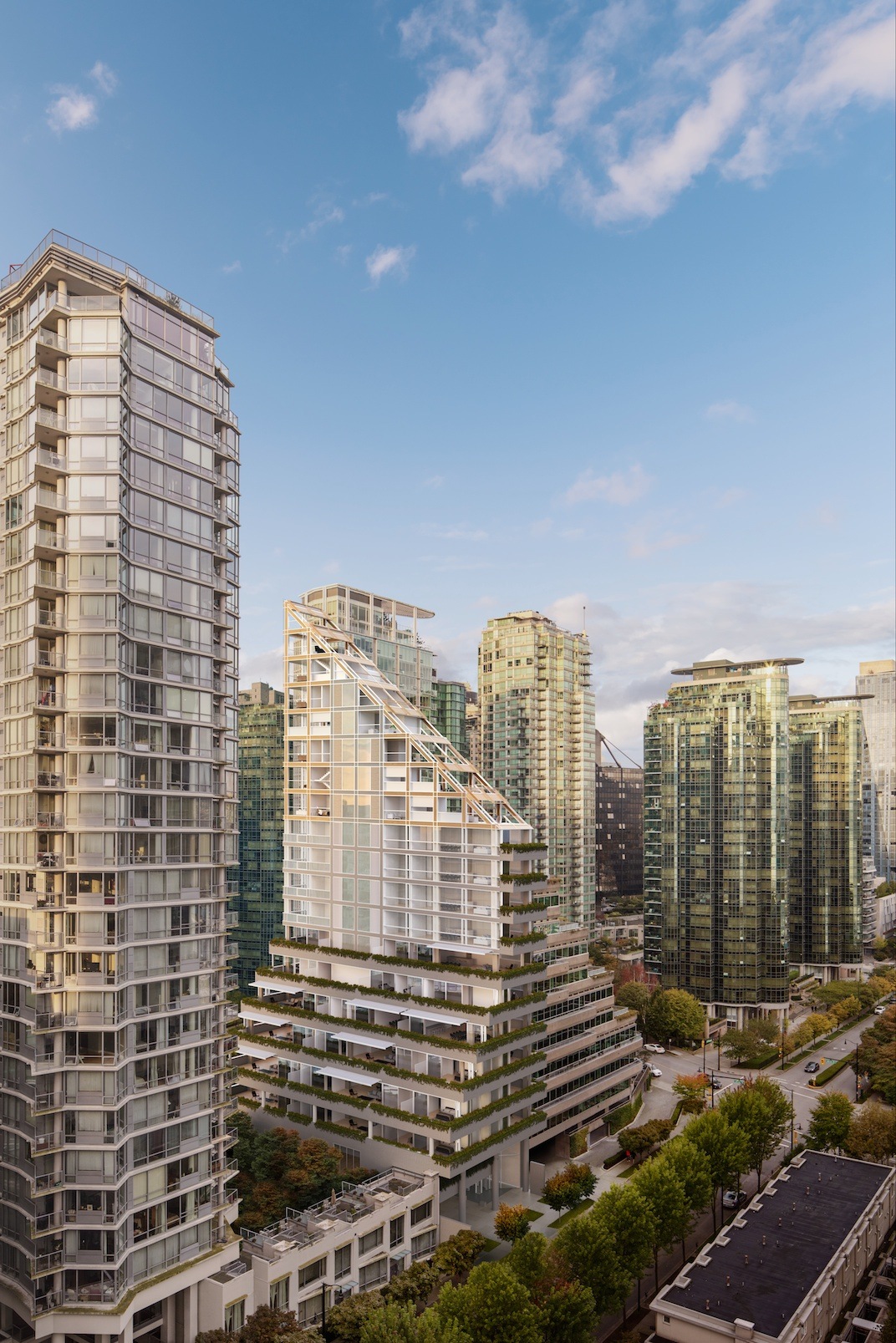 As well, Port Capital Group, which owns PortLiving, has been unable to advance funds to pay the interest to their construction lender, CMLS Financial.

Ernst & Young has been appointed as monitor, which notes $2.7 million worth in lien claimants have been placed on the property, including $1.8 million from Urban One Builders, $299,000 from Francl Architecture, $270,000 from Ar-con Holdings Ltd., and $120,000 from Dynamic Structures.

There are also unsecured creditor claims from dozens of companies and entities totalling $2.27 million, including $947,000 from Shigeru Ban Architects, $151,000 from Attollo Management, $43,000 from Sutton West Coast Realty, $9,000 from the City of Vancouver, and $76,000 from parent company PortLiving.

Daily Hive Urbanized reached out to the developer on Thursday but was unable to seek comment in time for publication. 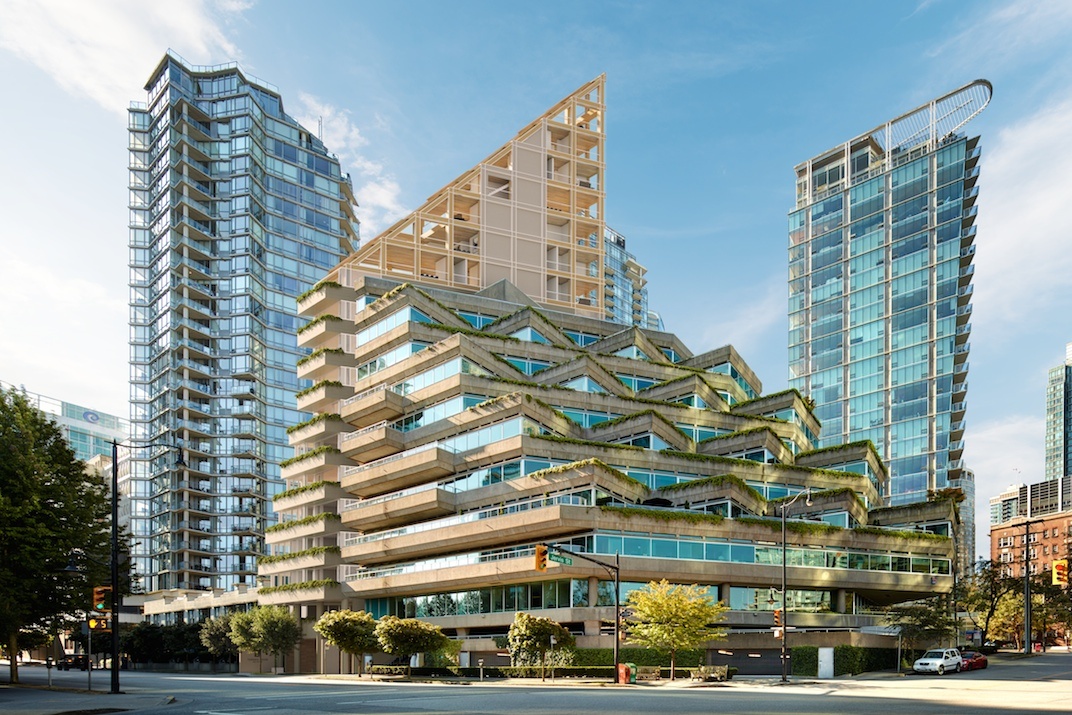 The completion of the slim, 223-ft-tall building was originally slated for 2020, then it was pushed to 2021. But as of today, the progress on construction has barely peaked over ground level.

The building has a shallow underground depth of three underground levels for 46 vehicle parking stalls. 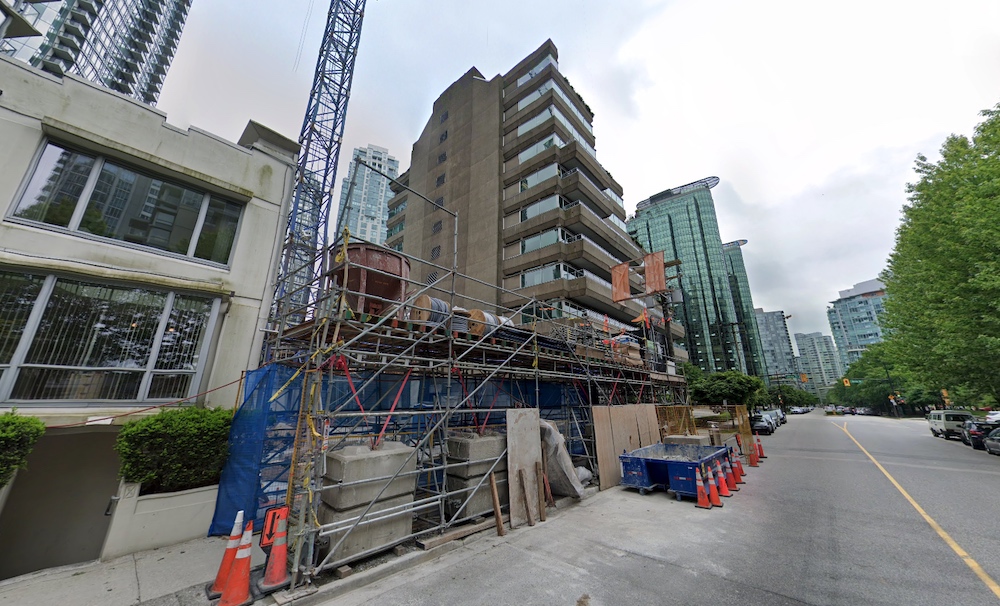 The first 12 floors mirror Arthur Erickson’s adjacent Evergreen Building, by using traditional concrete and steel construction methods. The system of balconies and concrete facade align with the levels of the older building next door.

The top portion of the building, the remaining seven floors, use a mass timber design, with a triangular-shaped wooden structure sitting on top of the concrete portion. The exterior and floor plates of these upper levels called for wood construction, but the levels are still supported by a concrete and steel core to meet seismic building codes. 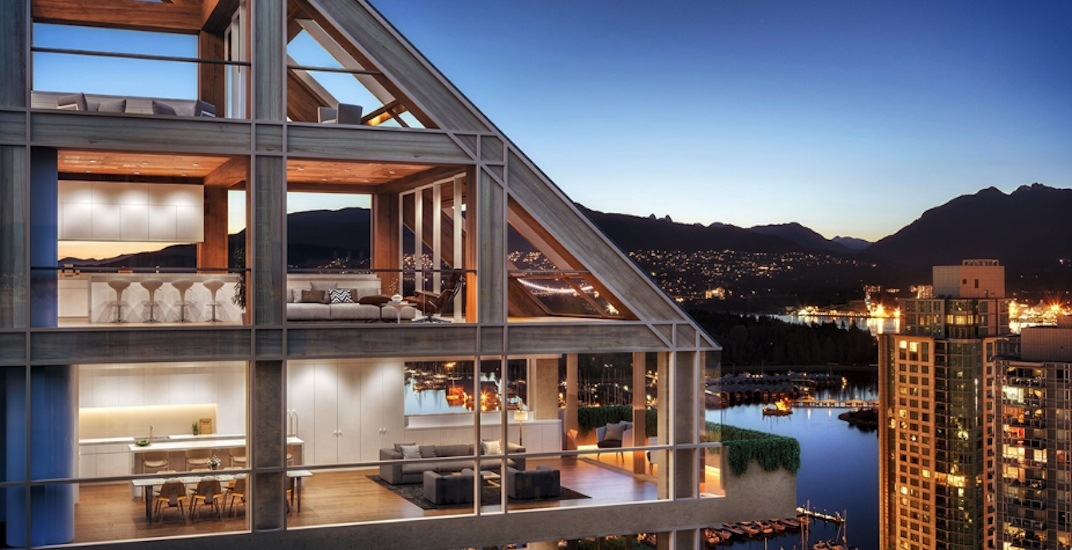 There are just 20 homes in the building, with nearly half of the units occupying the entire floor plates and some over multiple levels, including three units within the top seven floors, where ceiling heights reach up to 27 ft.

As well, the interior design, also envisioned by Ban, features the extensive use of wood. Landscaping work was to be completed by renowned local landscape architect Cornelia Oberlander, who also contributed to the Evergreen Building. 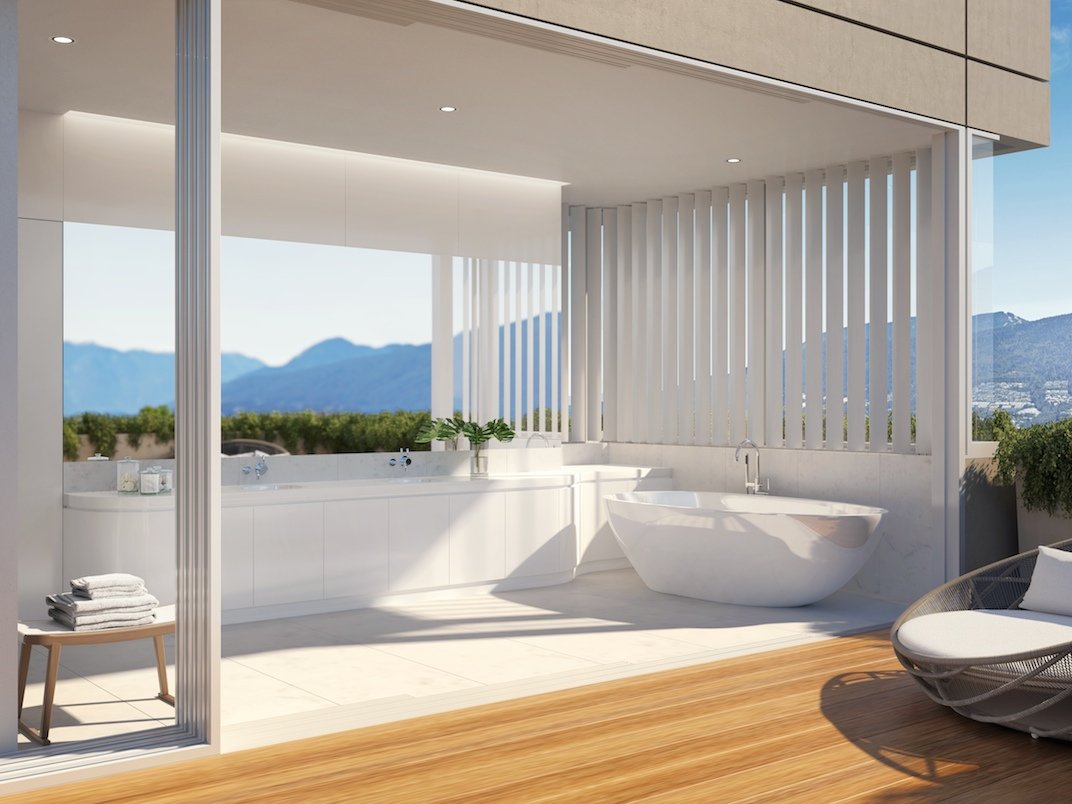