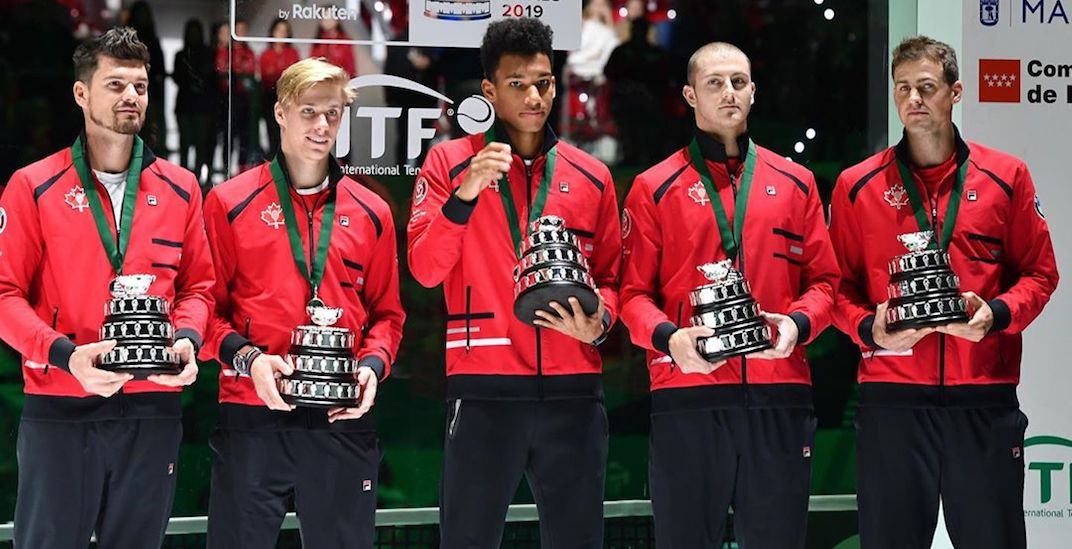 The Canadian tennis team couldn’t beat Spain in the final of the Davis Cup on Sunday, ending a historic near-championship run.

This was the first time Canada has ever made it to the finals of the 119-year-old tennis tournament. During the first singles match of the finals in Madrid, Canada’s Félix Auger-Aliassime lost to Roberto Bautista Agut (7-6[3], 6-3).

That meant Canada was out of the tournament, without the need for a deciding doubles match.

Tennis Canada called the run a “brilliant battle,” and said the team will be back for more next time.

What these guys have accomplished this week has inspired a nation.

Here’s to all that they WILL accomplish in the future. 🥂pic.twitter.com/CJRhoY2ySE