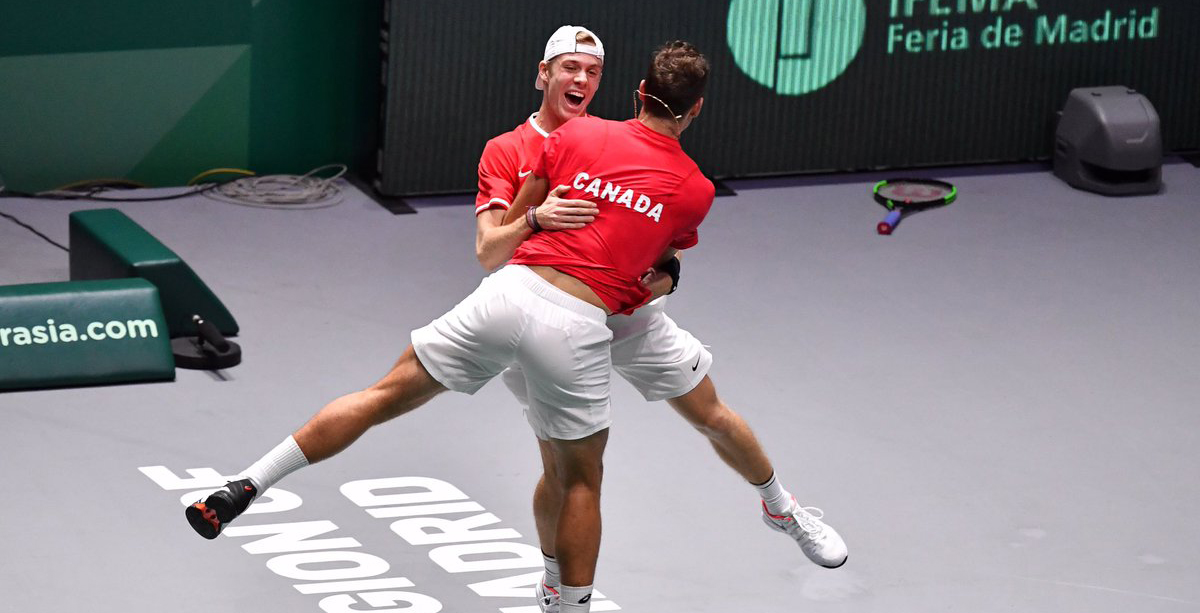 Two Canadian tennis players have made history by advancing the team to the final round of the Davis Cup — a first for Canada in this tournament.

Doubles pair Denis Shapovalov and Vasek Pospisil beat out Russia in a 6-3, 3-6, 7-6(5) victory in Madrid, Spain Saturday. The two Canadians jumped and embraced each other after winning the third-set tiebreaker, with the rest of the Canadian tennis team cheering at the side of the court.

The tournament format is a best two out of three matches, with two singles competing first and then a deciding doubles match. Pospisil, 29, from BC, lost the first match against Russia’s Andrey Rublev. But Shapovalov, 20, from Richmond Hill, Ont. won the second against Karen Khachanov.

“To win that in the third set tiebreak made it that much more dramatic, that much more special,” said Pospisil, who is only ranked 150th in the world but has been world-class this week. “It’s pretty incredible to make the finals for the first time in history for Canada. And, to do it the way it happened, was very special to be a part of.”

“For me, I’ve been on the tour for 12 years now, and it’s an incredible moment to be a part of it,” Pospisil added. “I was injured in the beginning of this year, had surgery, wasn’t sure how many moments like this I might have, but I got back at a really high level much faster than I expected, which was really nice. I worked really hard for that. Playing in the Davis Cup Final for Canada, it’s pretty incredible.”

Canada will go on to face the winner of the other semi-final between Spain and Great Britain. The world championship will be on the line Sunday morning, and can be seen on Sportsnet at 7:30 am PT / 10:30 am ET.

“I’m super stoked to be in the finals. It’s one of my dreams to play in a Davis Cup Final. To bring the country to this position, it’s just a dream come true.”