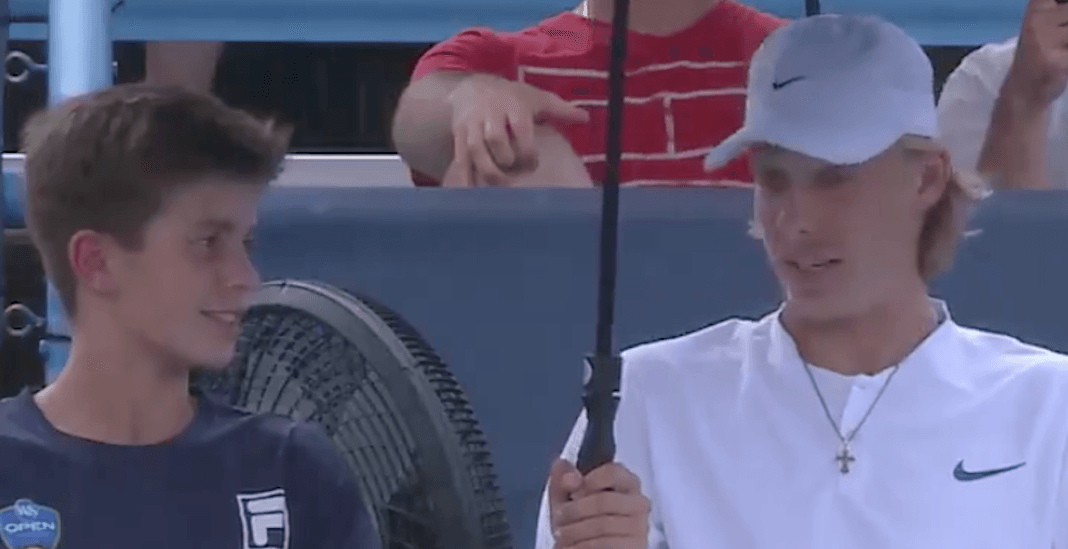 For Canadian tennis phenom Denis Shapovalov, his gesture of kindness will likely stick with a young ball boy for the rest of his life.

Just three points into Shapovalov’s Cincinnati Masters match against fellow Canadian Milos Raonic, rain forced a delay. Ball boy Otto Schreiner was providing cover for Shapovalov before the tennis star offered him a seat to go along with a conversation that won’t be forgotten anytime soon.

“He just told me to sit down in the chair, probably to make it easier to hold the umbrella,” Otto said.

When asked after the match to reflect on what happened, Shapovalov explained how moments like these draw kids to the sport of tennis.

“I was one of these kids not too long ago, so I know what it means to have a player you’re looking up to – or any player really – be so nice to you and just have a chat with you. You don’t get that experience every day,” the 19-year-old told reporters.

“Hopefully it inspires him to get on the court. That’s a goal in my career, I want kids to come up and want to play tennis and love the sport.”

Only five years older than the ball boy, Shapovalov surely resonated with Otto’s situation and how a moment like this will go a long way in fuelling a lifelong love for tennis.

Shapovalov may have fallen to Raonic in straight sets following the delay, but he won over the hearts of tennis fans.

He always represents Toronto/Canada better than anyone else ❤️

That’s a good Canadian boy Denis! Totally awesome made that young mans day for sure! 👍🇨🇦