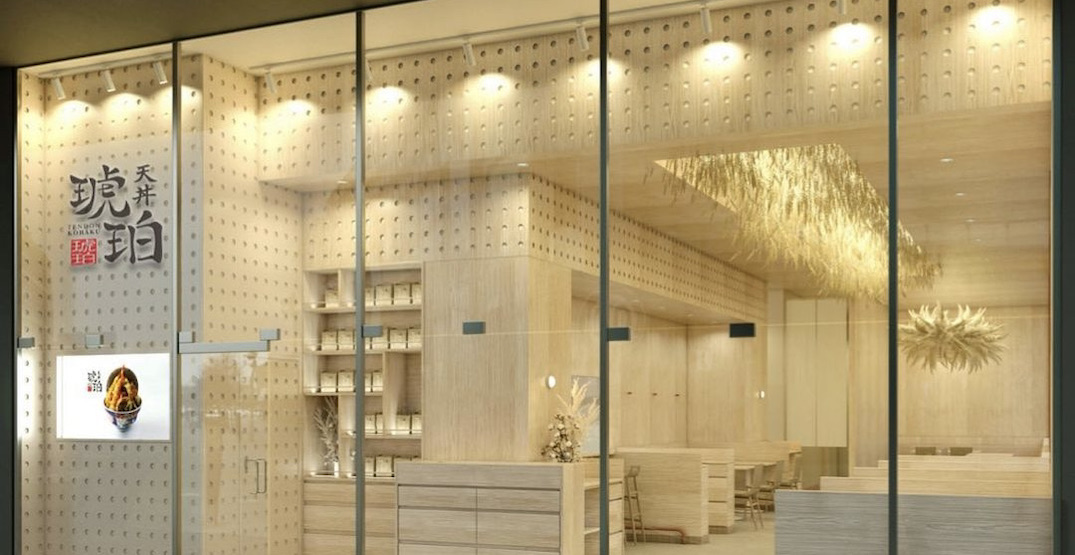 Tendon Kohaku is set to open its first Canadian location in downtown Vancouver, and soon at that.

The Japanese tempura chain will soon be unveiling its space at Howe and Smithe, just across the street from the Law Courts at 840 Howe Street.

According to their signage, the eatery is named after “amber,” like the gem, which is meant to represent the golden battered tempura “fried to amber perfection.”

This brand’s specialty is the Edomae Tendon, its most popular tempura rice bowl.

We’ll keep you posted when this spot reveals its opening date, in the meantime, head down to famous Japanese tendon tempura chain Kaneko Hannosuke on Robson Street if you’re experiencing a craving.

Tendon Kohaku says it will be opening in March, we’ll keep you posted on an exact opening date. Stay tuned!