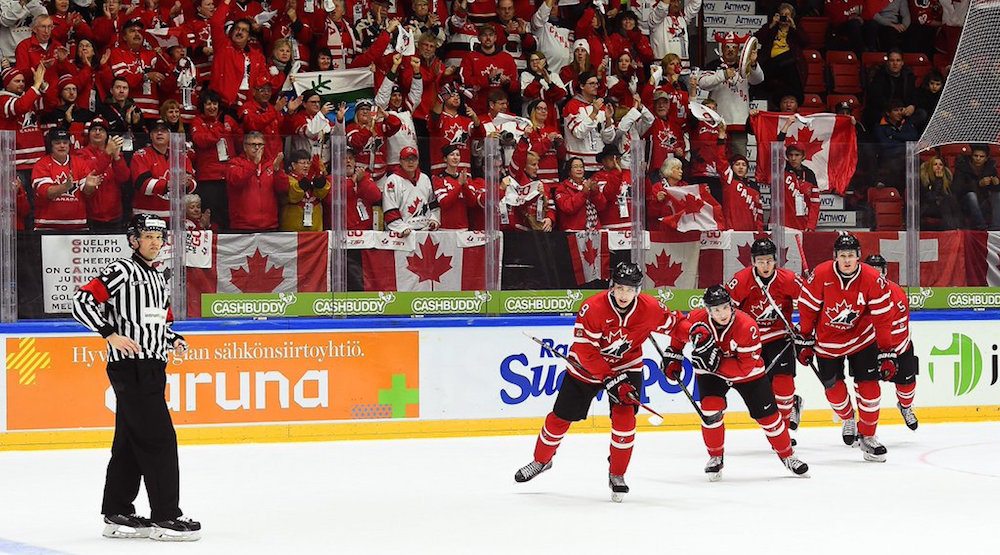 Hockey Canada has made their decision and announced their selection of 22 players who will represent our country at the 2017 IIHF World Junior Championship in Toronto and Montreal.

“We’ve had a great selection camp, and I can see this group of players really beginning to work together and getting better every day,” said head coach Dominique Ducharme. “It’s never easy to make the difficult decisions of releasing players, and that’s a testament to Canada’s depth of talent. Kris, Tim and I are looking forward to continuing to work with these players to fine-tune our game and be ready when we start the tournament on Boxing Day.”

Unlike last year when the Canucks loaned Jake Virtanen to the tournament, Canada did not get any help from NHL clubs, as teams have chosen to keep their junior-aged players this year.

. @HockeyCanada did not put call into EDM for Connor McDavid. So no Crouse/Chychrun (ARI), Beauvillier (NYI), Marner (TOR), Konecny (PHI).

Team Canada opens the tournament against Russia on Boxing Day at the Air Canada Centre in Toronto. Canada also plays three pre-tournament games: on December 19 in Montreal against Finland, on December 21 in Ottawa against the Czech Republic, and on December 23 in Toronto against Switzerland.