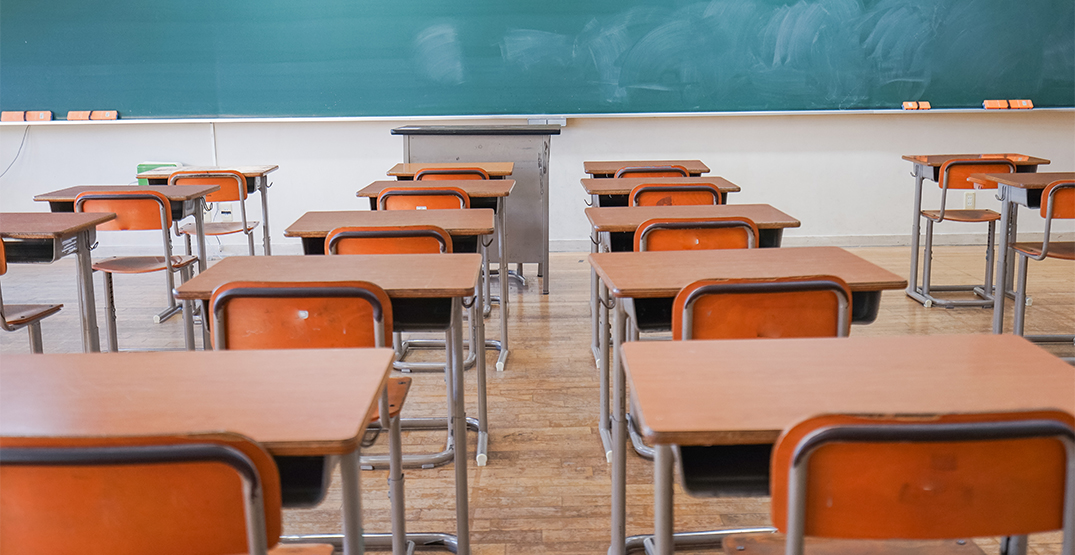 The inside of an empty classroom (maroke/Shutterstock).

A teacher in Metro Vancouver has been suspended after breaking multiple professional boundaries with students, including taking photos and videos of them.

During the 2018 to 2019 school year, Marcel Vasile Sincraian was a high school math and science teacher in the Richmond school district. It was in Spring 2019 that the district filed a report against him to the BC Commissioner for Teacher Regulation.

According to a discipline outcome, he failed to observe appropriate professional boundaries with his students on multiple occasions. He took photos and videos of students, and students would share photographs that he stored on his phone.

“Most of these photographs and recordings are of female students, and some were taken without the knowledge or consent of the students,” the ruling reads. “He did not consider whether the parents had given consent for images to be taken of their children at school.”

Sincraian would message students on Instagram as well, including on the weekends, about non-school-related matters. He also told students that they were his favourites and treated them differently, even in the presence of other students.

The ruling adds that he “engaged in inappropriate conduct” towards female students, including communicating with them both in person and through social media about personal matters. Two students even received letters that he wrote about his personal life, including his prior romantic relationships.

Sincraian resigned as a teacher in the district in 2019. Earlier this month, however, he complied with a consent resolution agreement with the teacher commissioner.

In addition to a two-month suspension of his teaching certificate, he attended sessions with a registered psychologist to understand appropriate professional boundaries and how to maintain them.