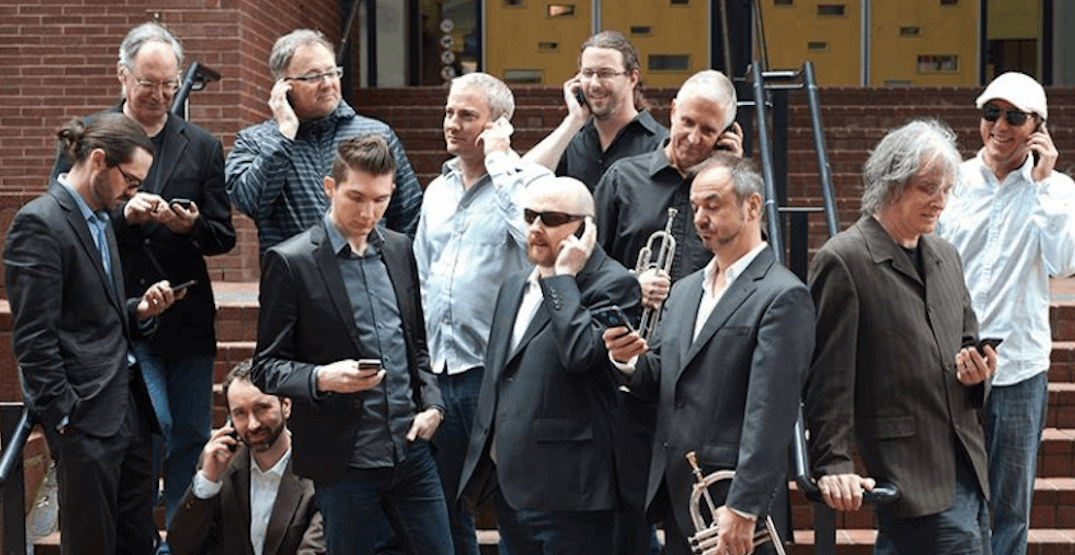 A “relatively new” instrument known as the microtonal glass lumiphone will be showcased as part of a performance at the TD Vancouver Jazz Festival this weekend.

Built and designed by Benton Roark, the sounds of the lumiphone will be heard by those who attend a concert at Performance Works, this Saturday, June 30, when percussionist Sal Ferreras will play the instrument.

The playing of the instrument will be part of a performance by the 18-piece Hard Rubber Orchestra (HRO) who, according to All Music Guide, is a “powerhouse of intelligent entertainment,” thanks to their “serious music and hot grooves.”

For this concert, the orchestra will perform “Suite for Hard Rubber Orchestra” (2013) by Kenny Wheeler, Wheeler’s last large work, also to be released on recording in August by Justin Time Records.

Over the years, HRO has collaborated with an incredibly diverse spectrum of Vancouver artists.

The band has released three CDs, recorded numerous CBC broadcasts, toured to Europe in 2003 and across Canada several times, and received the 2005 Alcan Arts Award – the largest arts award in Canada for creation.

In 2005 they also produced a special for CBC television called Cantata for the King. They are currently producing Riot with the Electric Company Theatre for the spring of 2017.

Tickets to this weekend’s Vancouver show are on sale and can be bought online.