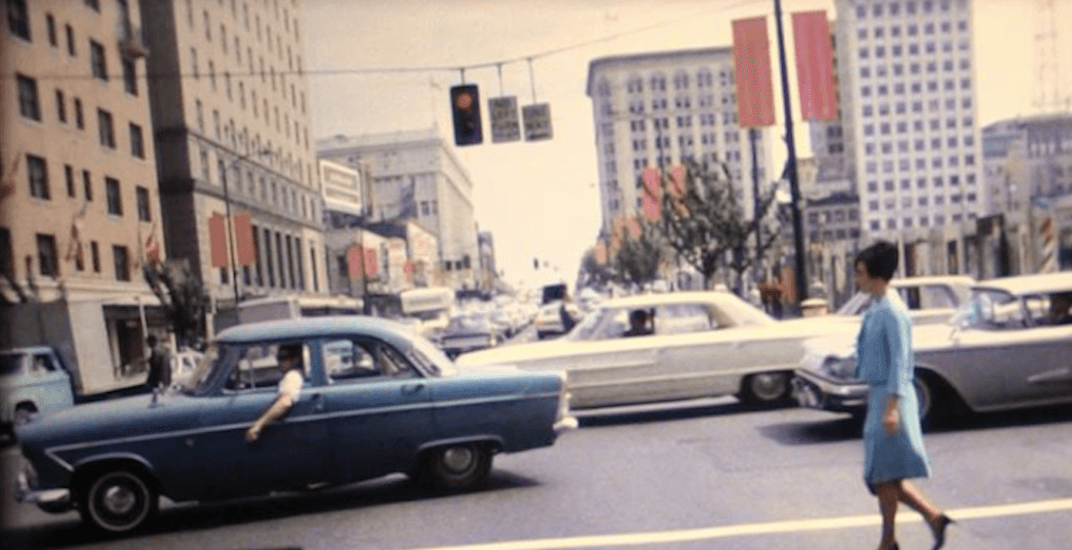 Take a trip back in time to 1960s Vancouver (Screen cap)

Metro Vancouver was a very different place in the 1960s..

Sure, places like Horseshoe Bay and the Sea-to-Sky Highway still existed, but a trip to those places was a pretty far cry from how they appear today.

Now, thanks to a newly released video from the BC’s Ministry of Transportation, viewers can take a trip back to that decade – specifically 1966 – and get a sense of the surroundings in the region at that time.

According to the ministry, the film was created through the use of  “photologs.”

The videos are digital versions of 16 mm photologs collected by rigging a camera onto a car and taking still images every 80 feet or so.

Those stills were then run together as a single film in order to create a visual record of road condition information.

In the case of this video, that road is the route from Horseshoe Bay to New Westminster.

Check it out for yourself and see what’s changed and what has remained the same.