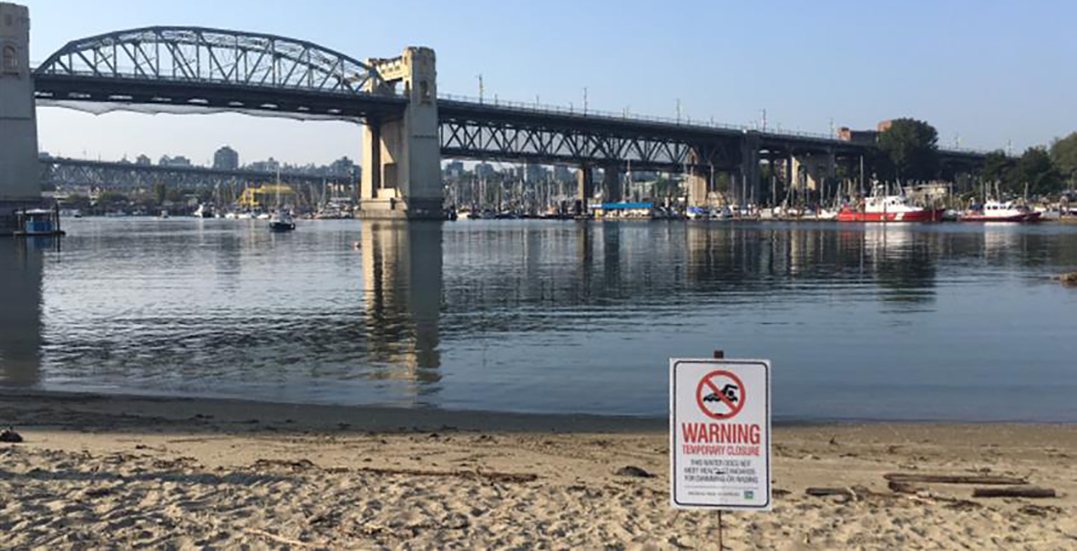 Swimming advisories have been put in place for three beaches in the Metro Vancouver area.

Due to high levels of E. coli bacteria in the water, swimming and wading are strongly recommended against at English Bay, Jericho, and Sunset Beach in Vancouver.

Due to high E. coli levels in the water Vancouver Coastal Health has ordered the closure of Jericho Beach, English Bay, & Sunset Beach to wading and swimming. #vancouver pic.twitter.com/uHxsVNbv2O

The notice was put into place on Saturday, August 11, after the bacteria count exceeded a level of more than 200 E. coli bacteria per 100 ml of water.

Vancouver Coastal Health (VCH) is currently working to monitor the water quality and will remove the advisories once bacteria levels have decreased.

Trout Lake, which was closed earlier in July, also remains closed for swimming.

The beaches will remain open for all other forms of public use.