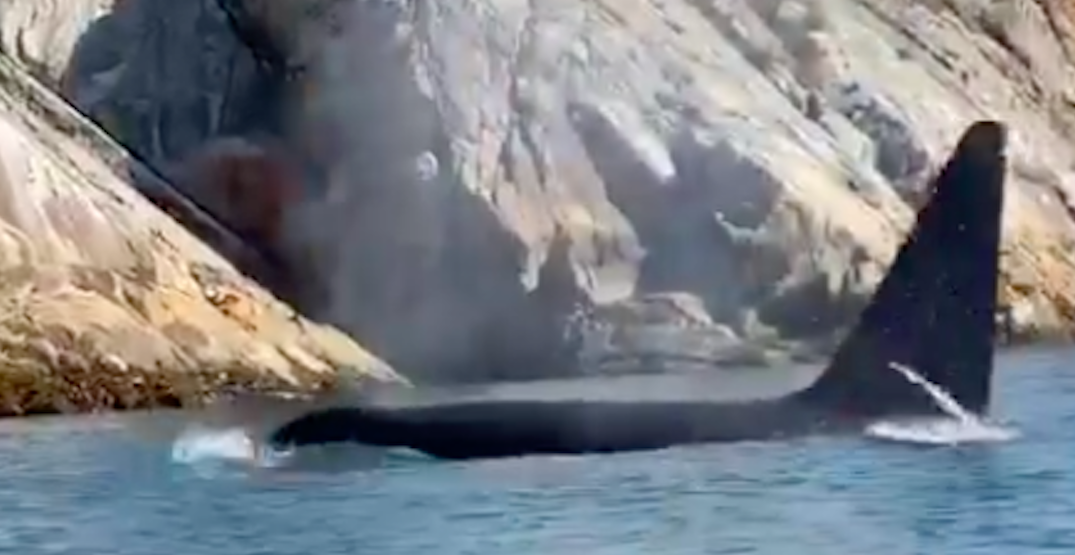 One of the orcas spotted on Sunday. (@meyrickj/Instagram)

A Sunday morning training session on the water in West Vancouver this past weekend turned out be anything be ordinary for Debbie Collingwood.

Collingwood is a marathon swimmer who training to swim the English Channel, and was swimming just off Whyte Islet in West Vancouver just after 9 am, when an encounter with a pod of orcas took place.

She was out with Horseshoe Bay resident Meyrick Jones, who was accompanying her in a kayak, and captured the whole thing on video.

“The pod was four orcas we think and we first spotted them at the mouth of Batchelor Bay –  a rare spot to see them,” Jones told Daily Hive.

Jones said there was then some “mild concern,” as the group realized the pod was “headed right for us.”

In response, Jones said he then recommended Collingwood “tuck her legs up” by the hull of the kayak.

Despite some initial concern about what could potentially happen, Jones said the overall feeling about the experience was one of “awe and respect.”