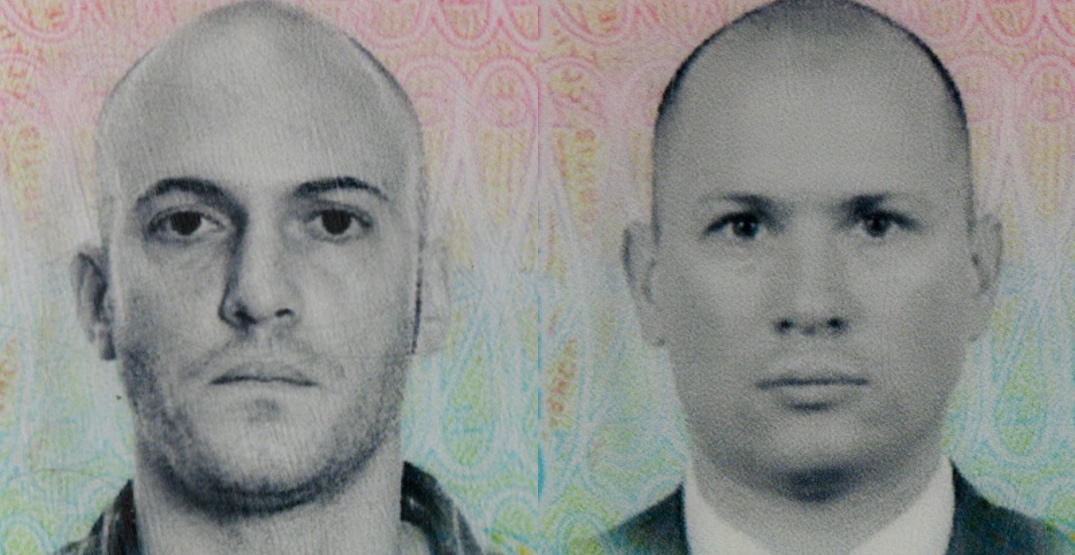 After a man on trial for murder escaped custody, RCMP quickly released photos of two suspects who may have been involved. But the photos the police shared of the suspects ultimately turned out to be stock photos.

Rabih “Robby” Alkhalil was on trial for a high-profile gang-related murder case when he escaped from the North Fraser Pre-trial Centre in Port Coquitlam on Thursday, July 21.

Urgent request: Police looking for Rabih Alkhalil (Robby) who is Unlawfully at Large

Police confirmed that he left in a white Ford Econoline van with “two other men who were posing or employed as contractors,” saying that they had “tentatively identified” two suspects and wanted the public’s help to locate them.

Suspect one was described as a bald, caucasian man with a narrow face, arched eyebrows, and a slightly crooked nose who appeared to be in his thirties.

Suspect one and Suspect two RCMP

Suspect two was also described also as a bald, caucasian man in his thirties but with an oval face, light eyebrows, and close-set eyes.

Then, on Saturday, July 23, RCMP revealed that these photos were fakes. “Investigators can now confirm that previously-released images of Alkhalil suspect/associates are stock images that do not represent the suspects themselves,” said RCMP.

“It is believed that the suspects who helped Alkhalil escape bear a close resemblance to the photos they left behind, but those images are not them,” said Coquitlam RCMP Constable Deanna Law in a release.

“As with many complex investigations, the information is rapidly changing as we progress. For this case, time is crucial, and it’s important to keep the public as informed as possible even though the facts could change as we go.”

The white van used in the escape has been recovered and is being examined forensically while police continue to appeal to the public.

If you have information on Alkhalil or the two suspects, reach Coquitlam RCMP at 604-945-1550 and ask for the Major Crime Section.

Police say Alkhalil is considered dangerous and ask that you call 911 immediately if you see him.

Alkhalil is one of three men facing charges for the January 2012 first-degree murder of gangster Sandip Duhre, reported the Vancouver Sun.