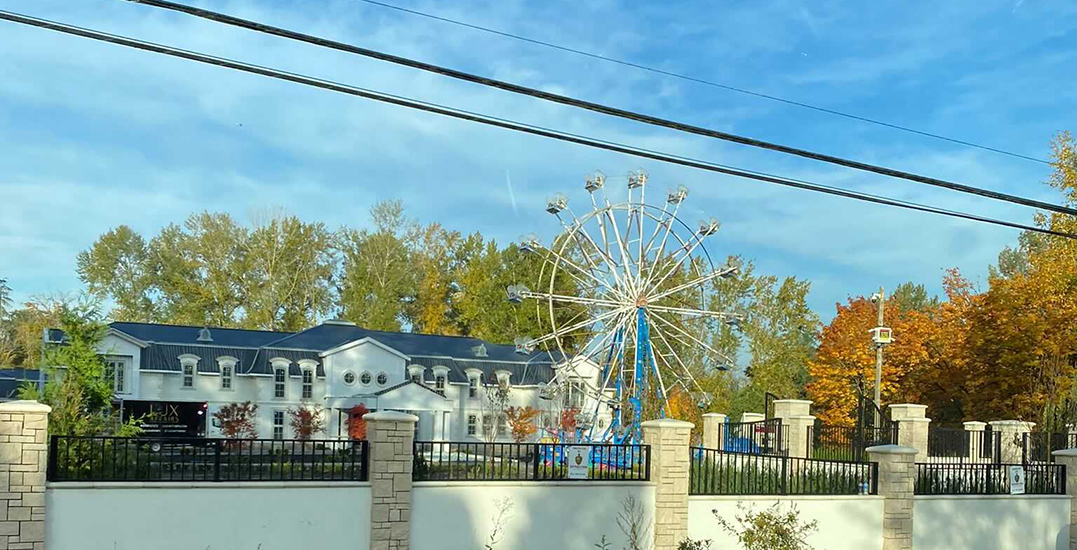 A Ferris wheel can be seen set up on a property where a wedding was held on Tuesday night.

The event took place near 77 Avenue and 192 Street. The wedding was reportedly between popular singer and actor Parmish Verma and Geet Grewal, former Liberal candidate for Mission-Matsqui-Fraser Canyon.

ABP Live reported that the couple would be getting married on October 19 with “family members and close friends in a grand ceremony.”

Photos show a large residence in Clayton with a Ferris wheel set up in front of the house.

A Ferris wheel can be seen on a property where a wedding was held on Tuesday night. (Submitted to Daily Hive)

At night, the Ferris wheel and the front of the home were illuminated in bright lights and decorations. 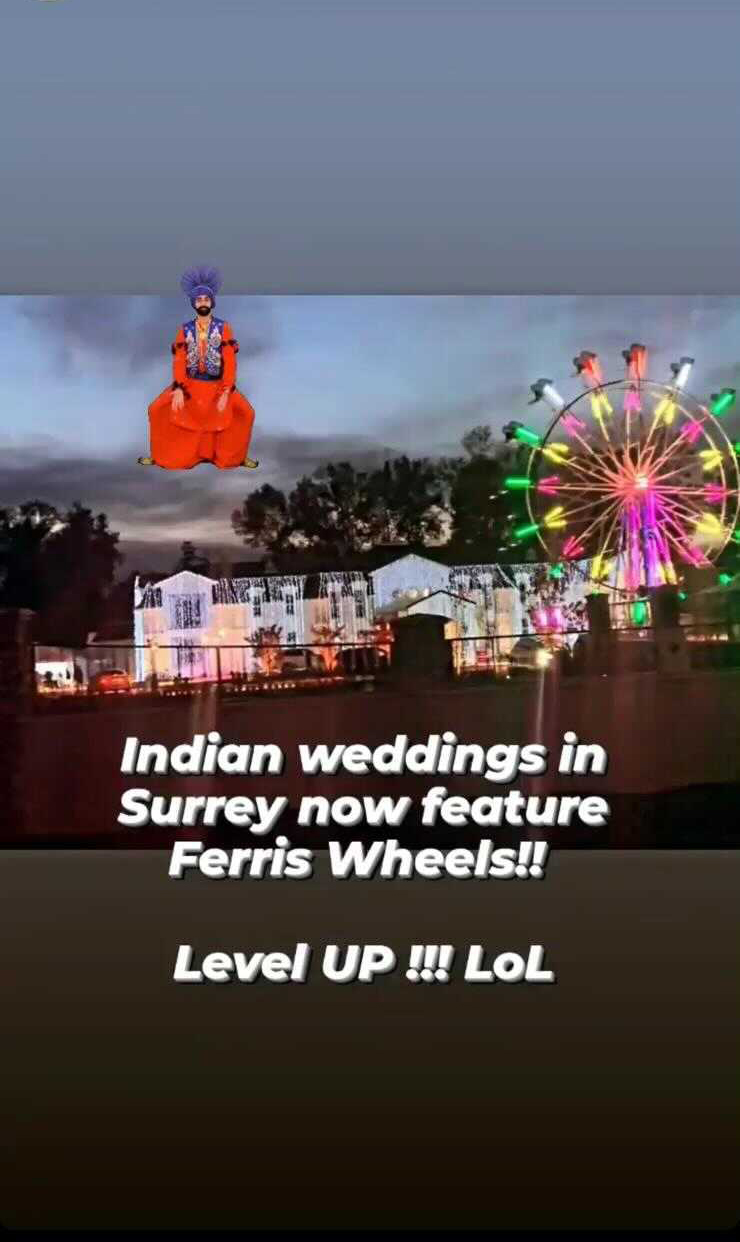 A residence in Surrey was lit up with decorations on Tuesday night. (Submitted to Daily Hive)

“Bylaw officers issued 15 tickets for parking infractions and towed a number of vehicles,” reads a statement from the Surrey Bylaw Department. “Bylaw officers advised the organizer of the wedding to stop and desist their activities due to noise and traffic issues impacting the neighbourhood.”

Officers say that they returned to the property earlier today with Surrey RCMP, as well as City of Surrey Building and Electrical Inspectors. A Stop Work Order was issued to the property owner for not obtaining permits for large tents that were set up on the property.