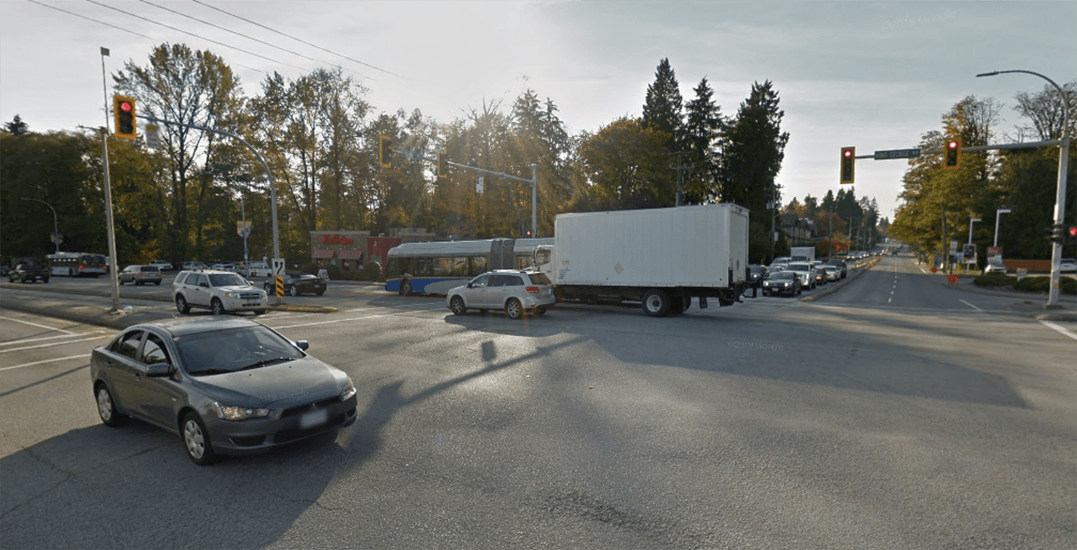 The RCMP has released Surrey’s top 10 car accident locations to the public.

“Surrey RCMP is releasing these figures to the public to highlight the serious impact that collisions have on our community,” says a media statement. “To urge all roadway users to follow BC’s traffic laws.”

Last year in Surrey, 19 people were killed as a result of motor vehicle collisions and 20 were seriously injured. Throughout the year, 290 pedestrians were struck with vehicles.

May 2019 also saw a collision-related death or serious injury every week.

“Police enforcement alone can not make Surrey’s roadways safer,” says Sergeant Ian MacLellan, Surrey RCMP Traffic Services.  “We urge our roadway users to follow the rules of the road, and to understand that by doing so, they will prevent motor vehicle collision deaths and serious injuries in Surrey.”

Here are the intersections in Surrey with the highest number of collisions over the past three years: