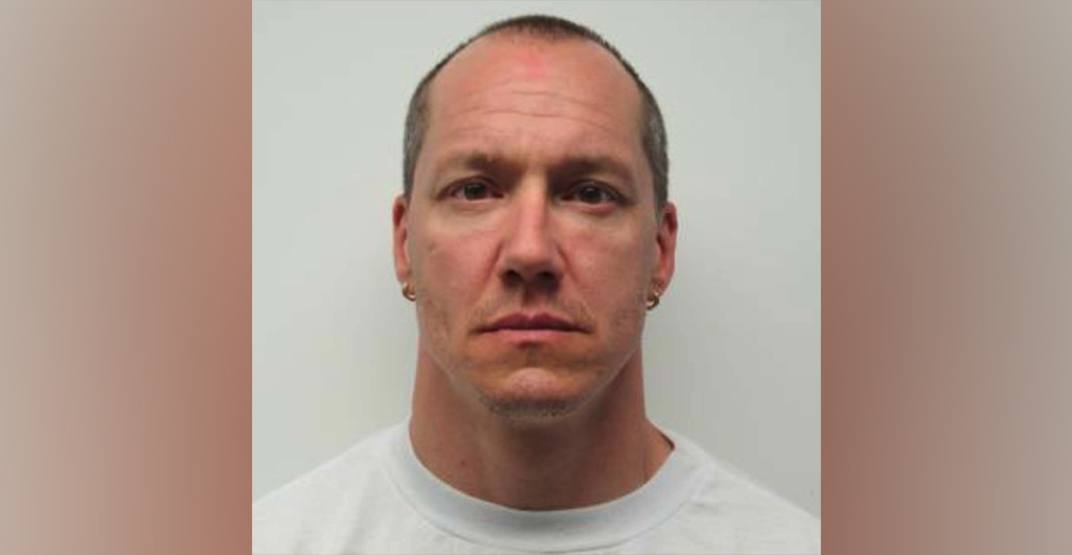 A sex offender with a violent history against women who has been living in Surrey since being released from prison last year, was arrested in Coquitlam this week, for allegedly breaching his conditions.

In a release, Coquitlam RCMP said they received a call from BC Corrections around 10:15 pm on February 2, in which they were informed that 46-year-old Earon Wayne Giles was not at his court-approved address in Surrey and was in violation of his curfew.

“Minutes later, Coquitlam RCMP Frontline officers arrested Giles at a home in the 1300 block of Pinetree Way,” said police. “Giles was in the company of an adult woman that he knew and was allegedly carrying items that were contrary to his conditions.”

The BC Prosecution Service approved three counts of breach of a section 810.2 Criminal Code order, the next day.

“Public safety is always our top responsibility,” said Coquitlam RCMP Cpl. Michael McLaughlin. “The public needs to know that RCMP detachments work together, and with partners like BC Corrections, to follow through on priority offenders.”

Giles was released from prison last May, after serving 22 years in prison for a series of break and enters and sexual assaults against women in Surrey.

He had pleaded guilty to six counts of break and enter and committing sexual assault in 1997, according to court documents.

The accused and another man committed six break and enters, and sexual assaults. The level of violence escalated over the course of the offences. Telephone lines were cut and money was stolen from most victims.

“The five victims — one woman was assaulted twice — were all young and single, some with small children who were either present or threatened.”