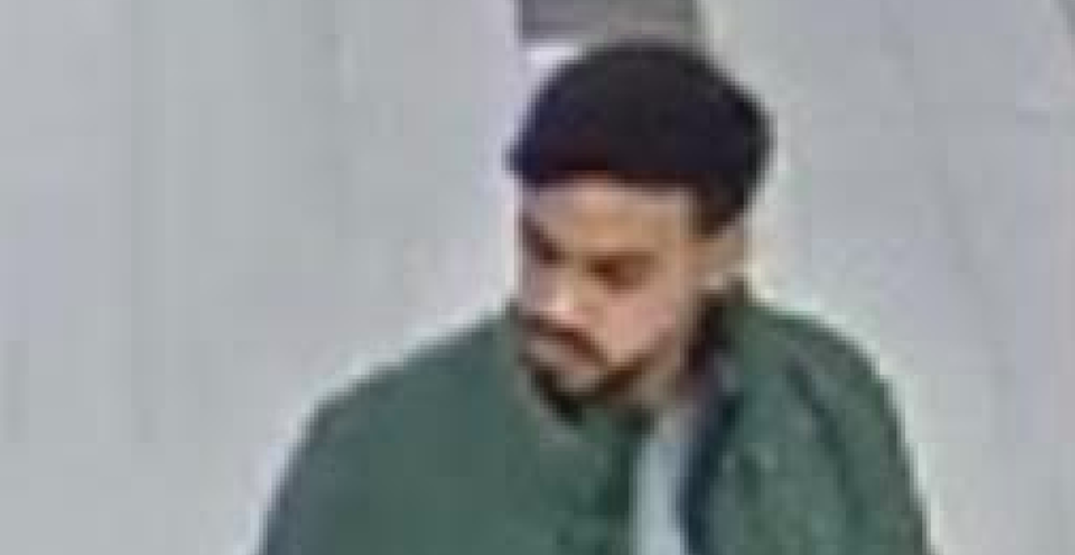 Surrey RCMP is asking for assistance in finding and identifying a suspect, after a woman was allegedly groped while shopping in the City Centre area last month.

According to police, the incident took place on March 15, in a store located in the 10100 block of King George Boulevard.

The suspect is described as a South Asian male, with black hair, a black partial beard, approximately 5’10” tall, weighing around 160 lbs. He was wearing a grey t-shirt, a green jacket, white runners, and white shoes at the time of the incident.

Police said that after “exhausting other investigational avenues,” they are now asking for the public’s help in identifying and locating the suspect.

Anyone with information is asked to contact the Surrey RCMP at 604-599-0502. Those who wish to remain anonymous can contact Crime Stoppers at 1-800-222-TIPS or leave a tip online at www.solvecrime.ca.