Surrey RCMP are searching for a suspect who escaped from a Surrey hospital on Thursday while he was still in handcuffs.

According to a release, the case began at 2:40 pm, when officers arrested 46-year-old Richard Mantler, in connection with “several” property-related offences.

Before he was taken into custody, Mantler, of no fixed address, was taken to hospital for medical treatment.

It was there, police said, that he fled through an emergency exit while he was still handcuffed.

An immediate search of the area for Mantler – which included the use of police dogs – was unsuccessful.

Now Manter is wanted for escape from lawful custody and police are asking for the public’s help in finding him.

“If you know the whereabouts or have any information about Mantler, police want to hear from you right away,” said RCMP Cpl. Scotty Schumann. “He is not believed to be a risk to the public and is known primarily for property offences.”

Mantler is described as a Caucasian, 6-foot-tall, 216 lb man. He has short brown hair and hazel eyes. At the time of his escape, he was wearing a white Adidas t-shirt with a red logo, blue jeans, and black shoes. 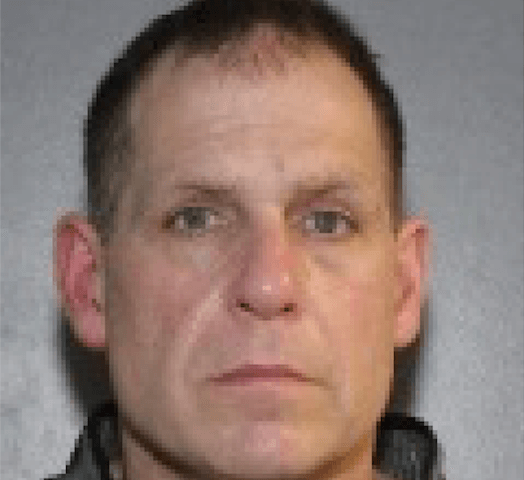 Anyone with more information is asked to contact the Surrey RCMP at 604-599-0502, or if they wish to leave a tip anonymously, to contact Crime Stoppers at 1-800-222-TIPS or leave a tip online at solvecrime.ca.