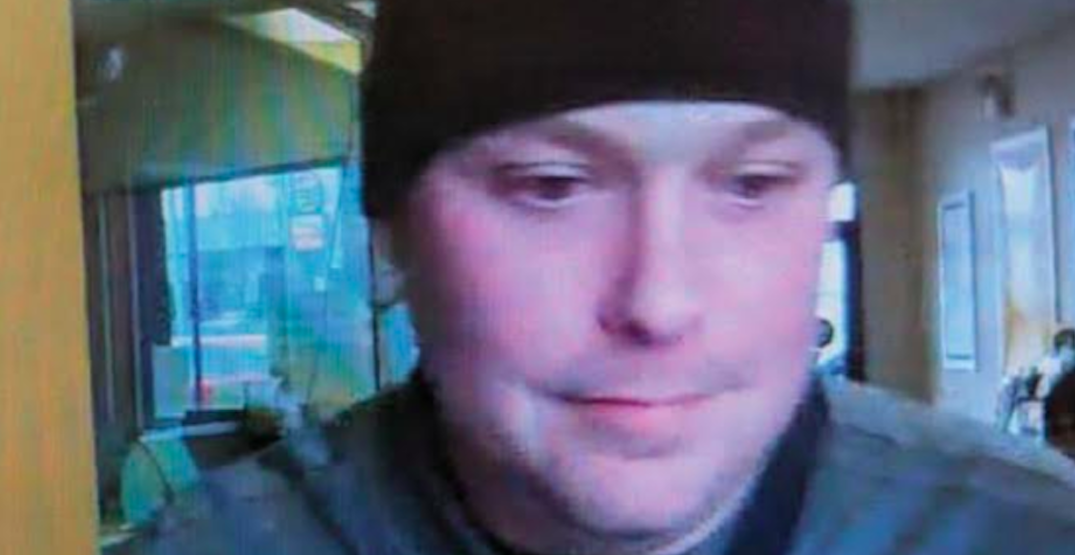 Surrey RCMP is investigating an attempted fraud that took place recently, and are now looking to the public for help to identify the suspect.

In a release issued on Monday, police said that on April 3, when a man identifying himself as Vincent Perron, attempted to take out $6,500 at a money lending business in the 8900 block of 152 Street in Surrey.

During the transaction, he reportedly presented “a number” of false documents.

“Employees were able to determine that the documents were fraudulent, and the male fled without receiving any money,” police said.

Police have released a surveillance camera photo the suspect, hoping that someone might recognize him or know of his whereabouts.

Anyone with information about the suspect or this incident to call the Surrey RCMP at 604-599-0502.

Those who would like to leave an anonymous tip can do so by calling Crime Stoppers at 1-800-222-8477 or by leaving a tip online.