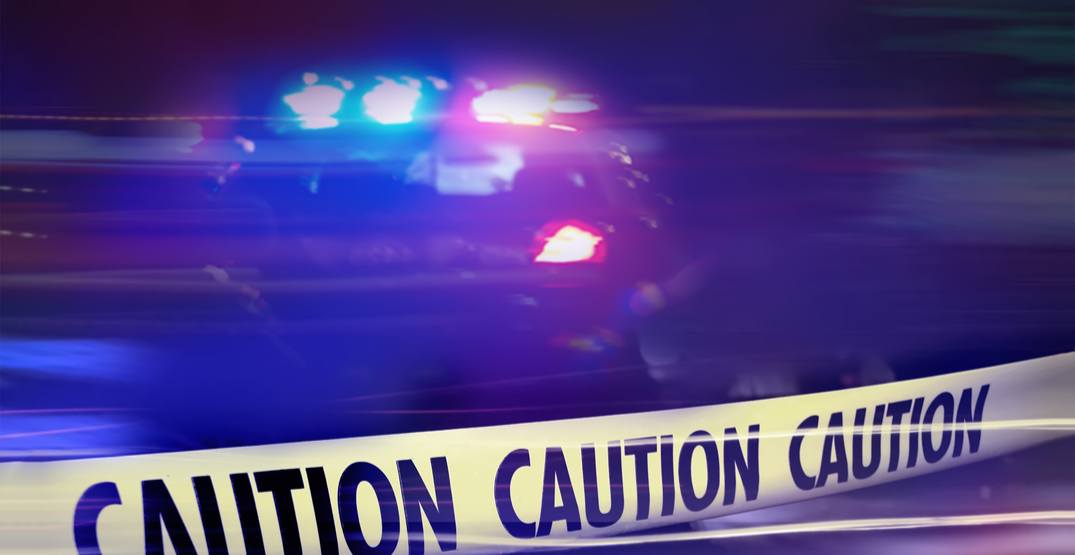 According to Surrey RCMP, police received calls about a shooting at approximately 4:20 pm. At the same time, the detachment was alerted by Metro Vancouver Transit Police that one of their officers had been shot at Scott Road SkyTrain Station.

We can confirm that at approximately 4pm, a Transit Police officer was shot at Scott Road SkyTrain Station and has been taken to hospital. @SurreyRCMP is leading the active investigation. Media Release to follow from Surrey RCMP.

Surrey RCMP said the officer was transported to hospital with serious but non-life threatening injuries. Authorities are actively looking for the suspect, who may be armed.

Please continue to stay out of the area around the Scott Road Skytrain Station as we search for the suspect in the shooting of a @TransitPolice officer. Any updates will be provided through Twitter and media release. Media availability time TBD.

Commuters should note that SkyTrain service at Scott Road Station is completely closed. There is a bus bridge available from Scott Road to Gateway stations. Millenium and Canada lines are operating normally.

By 8:30 pm TransLink said trains were still not stopping at Scott Road Station and it was possible the station would remain closed until the end of service until police completed their investigation.

Expo Line passengers hoping to get to Scott Road must travel to Gateway Station and take a shuttle bus service. The bus is running every six minutes.
People are still able to access the bus exchange and park and ride at Scott Road Station.

Currently, Surrey RCMP, the Lower Mainland Emergency Response Team, and the Integrated Police Dog Services are working to locate the suspect. The public is being asked to avoid the area around the Scott Road Station and the area around 12500 Block of 113A Street.