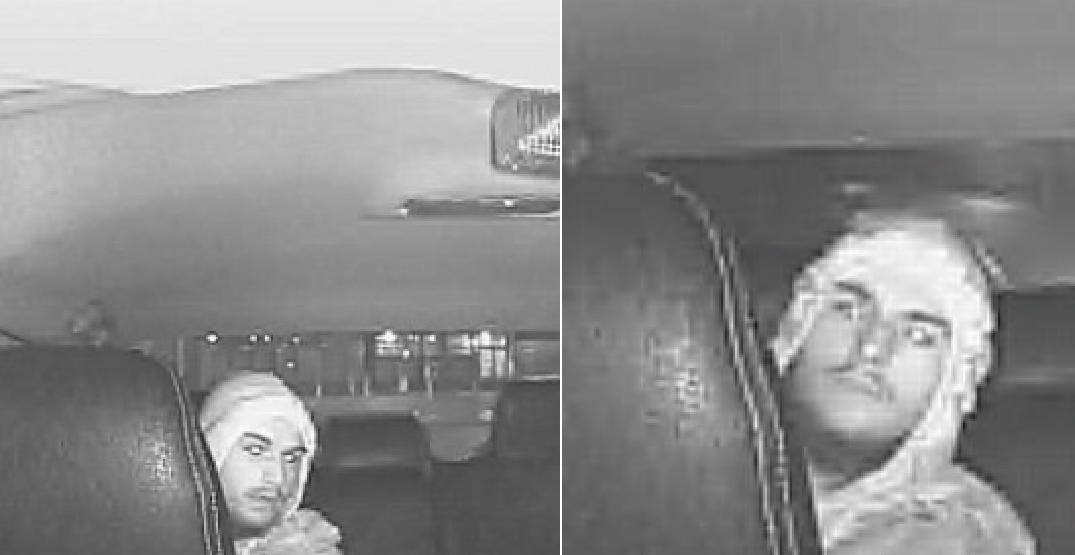 Police in Burnaby are asking for the public’s help in finding and identifying a suspect after a cabbie was allegedly robbed at gunpoint recently.

In a release issued today, Burnaby RCMP said the incident took place just after 1 am on Thursday, May 10 in the 3700 block of Brandon Street.

According to police, the suspect was originally picked up along with a woman in the 3700-block of Burke Street in Burnaby. The woman was dropped off in New Westminster and the suspect asked to be dropped back in Burnaby.

Police said the suspect is described as a Caucasian man, 5’ 10″ tall with a medium build.

He was wearing a black baseball cap and a black hoody. At the time of the incident, the suspect had a moustache and goatee beard.

“We’re hopeful the pictures being released today will result in someone coming forward to identify this suspect,” said Burnaby RCMP Cpl. Daniela Panesar. “Incidents like this can have a lasting effect on victims and we want to ensure this suspect is held accountable for this crime.”