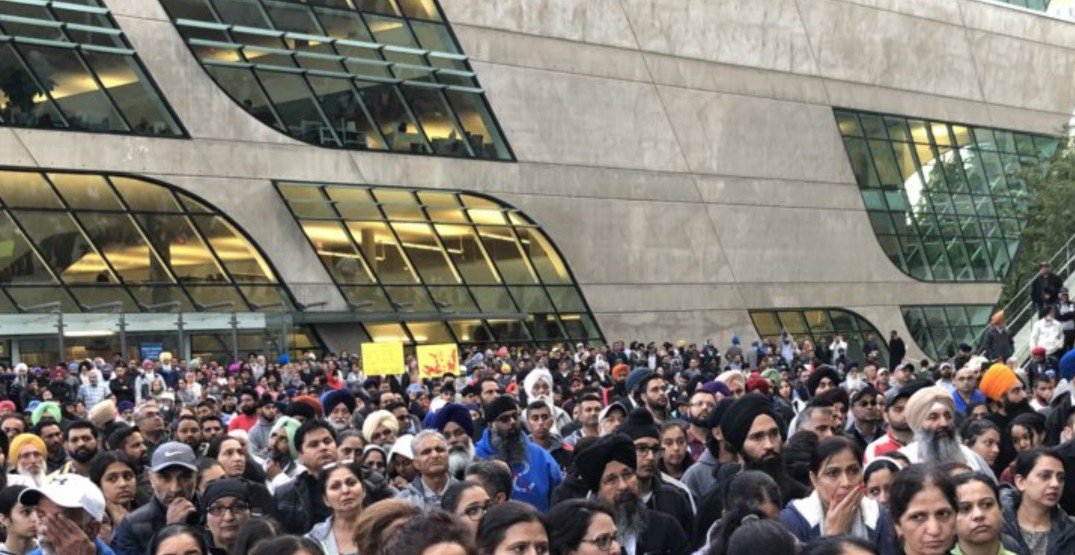 Thousands flooded outside Surrey City Hall on Wednesday evening to rally against gang and gun violence after the recent shooting deaths of two teenagers.

The “Wake Up Surrey” rally was organized following the “targetted” attack on 16-year-old Jaskarn Singh Jhutty and 17-year-old Jaskaran Singh Bhangal. Their bodies were discovered along a rural Surrey road on June 4.

The tragic deaths of the teen boys prompted an outcry for change amongst many members of Metro Vancouver’s South Asian community.

Yesterday’s rally was attended by concerned community members, parents, teachers, and youth who desperately want to bring the violence to an end.

Both Jhutty and Bhangal’s families were also in attendance, demanding change from politicians and police.

Community members spoke in both English and Punjabi, highlighting the need for more resources and strategies to save youth from gang violence.

A post shared by Alistair Moes AKA The Angerman (@mooseangermanagement) on Jun 13, 2018 at 6:13pm PDT

#wakeuprally against drug violence in #SurreyBC Huge response from concerned citizens but a let down by @CityofSurrey Mayor Linda Hepner and Councillor Tom Gill – did not show up. Community also fed up with inaction from MPs and MLAs. https://t.co/24i9nrDAOt pic.twitter.com/YteI2do6tR