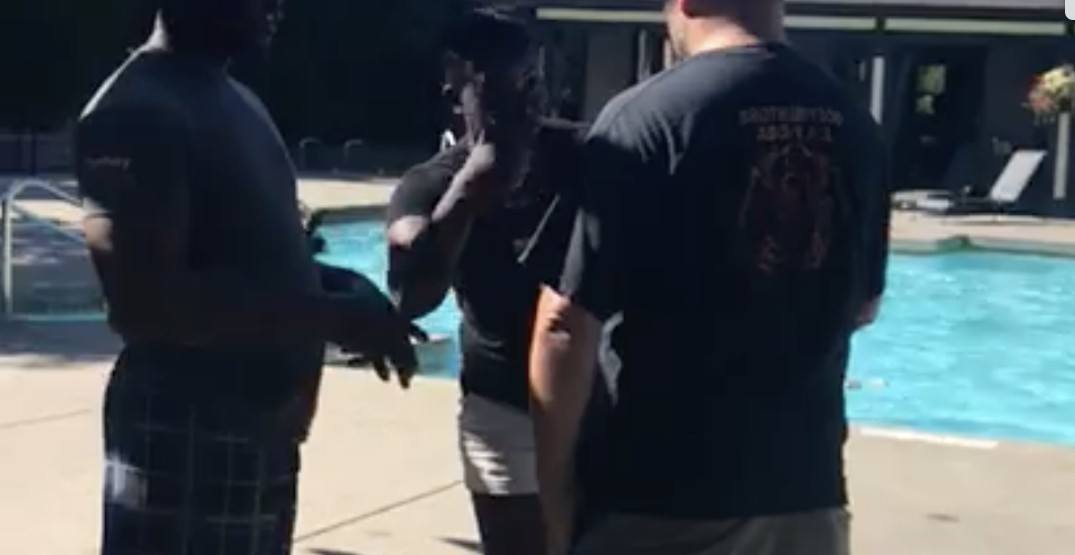 A Surrey woman says she was racially profiled at her townhouse complex after being asked to present her ID when she and her family members were using the building’s pool.

It shows Henry and a family member speaking to a white individual at the pool.

“[Two] years ago we bought into this complex with high hopes we and our kids will get to live enjoy the amenities [sic].”

“Yesterday we were asked to explain how we got in and to show ID because there’s concerns that we shouldn’t be there,” said Henry.

“Never in my life did I thought we’d be profiled at our own home. We’ve all seen the videos circulating and are disgusted. Let me tell you, the feeling is 12 times worst when it actually happens to you.”

Henry says that no one else at the pool was questioned or asked to show their ID as proof of residence.

“It’s the 2nd time its happened to us and I refuse to shut up about it this time,” she wrote.

“Racism still exists and people need to be aware. I hope my kids won’t have to witness this nonsense again.”

Daily Hive has reached out to both Henry and the Strata Management company for comment.