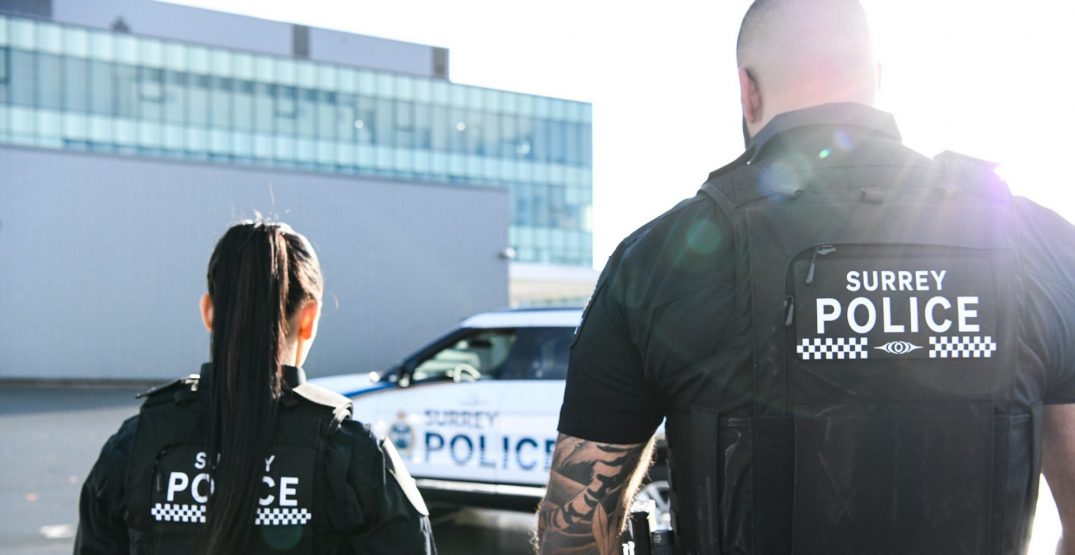 The City of Surrey has a clearer picture of what the transition from Surrey RCMP to Surrey Police Service will look like.

According to a release from Tuesday, November 30, Surrey RCMP are still in command as SPC officers begin supporting and shadowing them in a phased and integrated policing transition.

Chief Constable Norm Lipinski with the Surrey Police Service said that a “policing transition of this magnitude is unprecedented in Canada.”

“It has required – and continues to require – collaboration and extensive planning between SPS and the RCMP, and between the three levels of government,” he said.

The next Surrey Police Board meeting is November 30th. Access the agenda and livestream of the meeting here: https://t.co/haPbdAfwM7 #SPSForward pic.twitter.com/s9Ixycckjz

Surrey residents can expect to see both RCMP and SPS uniformed officers during the transition phase.

For now, there are no changes to how residents report crime, and you can continue using the RCMP’s online portal, calling the non-emergency number at 604-599-0502, or 911 for emergencies.

The first group of experienced police officers with the new Surrey Police Service will start operational duties after their orientation with Surrey RCMP, which began on November 29.

SPS officers are now working alongside Surrey RCMP members. Our officers look forward to serving the city of Surrey & its residents. It’s an exciting time & a historic moment, both in policing & in the development of Surrey.

During this first stage, SPS’s orientation will outline policies and practices. “Each SPS officer will be paired up with an experienced Surrey RCMP officer for a few shifts to help familiarize them with policing in Surrey,” reads the release.

After SPS officers finish orientation and get paired up, they will start responding to files.

In the early stages, SPC officers will support Surrey RCMP with frontline operations. In addition, a few officers will be assigned to the General Investigation unit to assist with major crime investigations.

More info on the policing transition can be found on the Surrey RCMP and Surrey Police Service websites.