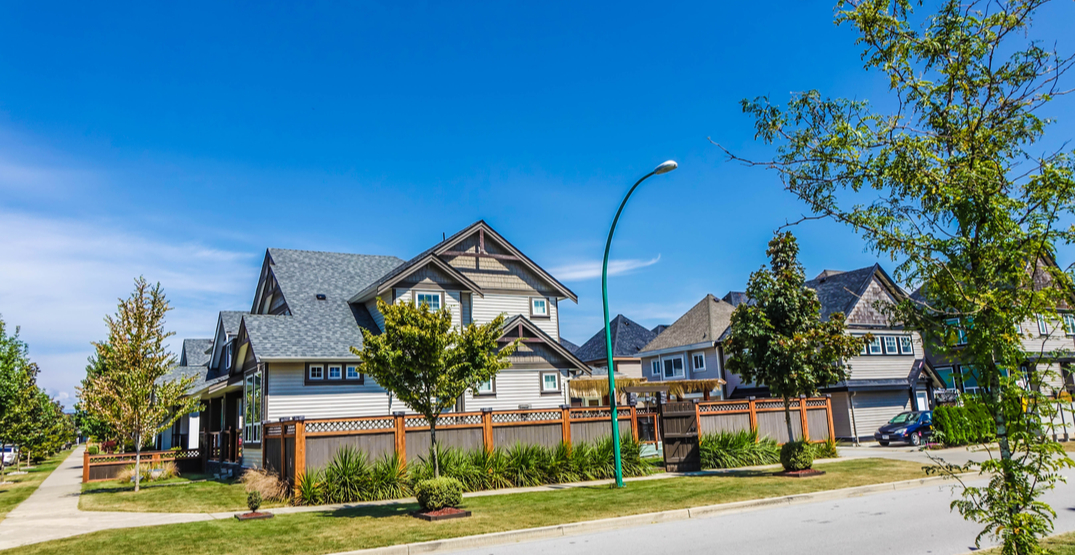 A residential neighbourhood in Surrey, BC (Shutterstock)

A council meeting earlier this week revealed that the City of Surrey is considering the idea of reduced speed limits in residential areas.

Vision Zero Surrey is described as a safe mobility plan and provides a direction “to work towards eliminating killed or serious injuries collisions on Surrey’s streets through strategic actions and investments.”

During the council meeting, Councillor Doug Elford asked city staff if they would be considering “reductions of speeds in residential areas,” similar to a motion that the City of Vancouver had passed last spring.

Engineering staff replied that they were “looking at speed limitations on streets” and “comparing and assessing what other cities across Canada are doing,” including Vancouver.

“Vancouver is one of the multiple cities looking at lowered speed limits to reduce collisions,” says staff. “That would be part of our vision zero, which dovetails as part of this overall strategic plan.”

According to a staff report, Vision Zero is an “international campaign that emphasizes that no loss of life in road transport is acceptable.” The approach was first approved by Surrey City Council in late 2018.

The biggest concern addressed in the mobility plan is speeding, followed by distracted driving, the need for more enforcement, and how to address vulnerable road users such as pedestrians and cyclists.

Last May, the Vancouver City Council unanimously passed a motion calling for a pilot project to test 30 km/h speed limits on side streets and residential areas.

The motion was introduced by Pete Fry. It also requires a change to the Motor Vehicle Act, which currently calls for a 50 km/h speed limit if driving within city limits.

Fry says, however, that the survival chance for a pedestrian struck by a vehicle travelling at 50 km/h is a mere 20%. Decreasing the speed limit to 30 km/h would increase the probability of pedestrian survival to 90%.

He argues that the only drivers that ever need to travel at more than 50 km/h on residential streets are emergency responders and at the end of the day, active transportation and livability should trump all else.