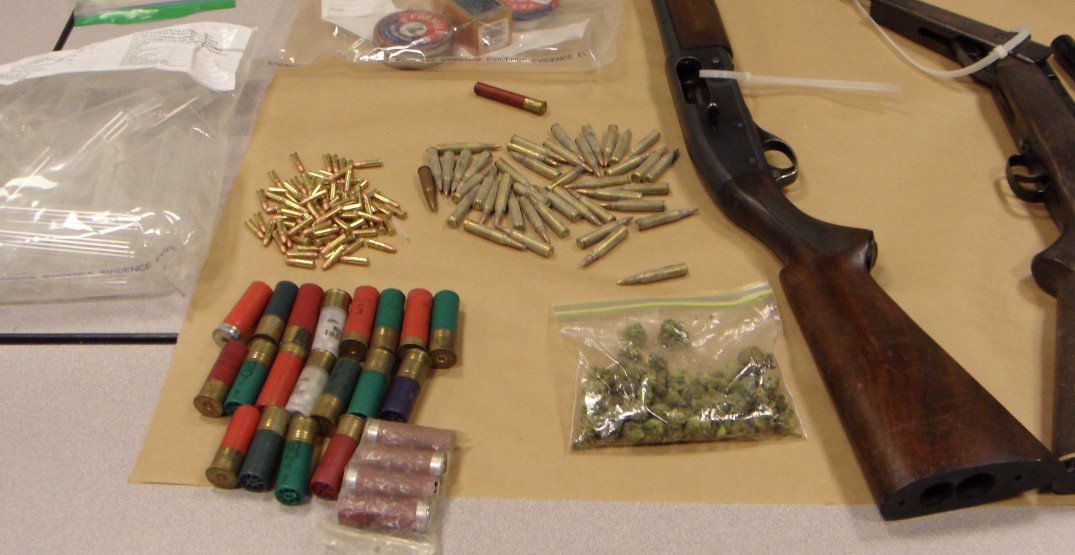 The RCMP’s Drug Enforcement has seized a firearm and dozens of rounds of ammunition from a home in Surrey.

On July 13, officers from the Drug Unit with the assistance of the Gang Enforcement Team executed a search warrant at a home in the 12500-block of 113B Avenue.

“Taking illegal firearms off the street and out of the hands of criminals is a key component of our public safety strategy,” said Cpl Elenore Sturko, in a release. “We are continuing to target individuals whose activities pose a risk to the community.”

Three people were taken into custody and later released. Police say charges have not been laid and the investigation is on-going,