Two teenagers have been taken to the hospital after a bizarre early morning crash that took place in South Surrey.

At approximately 4:15 am, RCMP officers say they responded to a report of a single vehicle collision in the area of 32 Avenue and 137A Street. 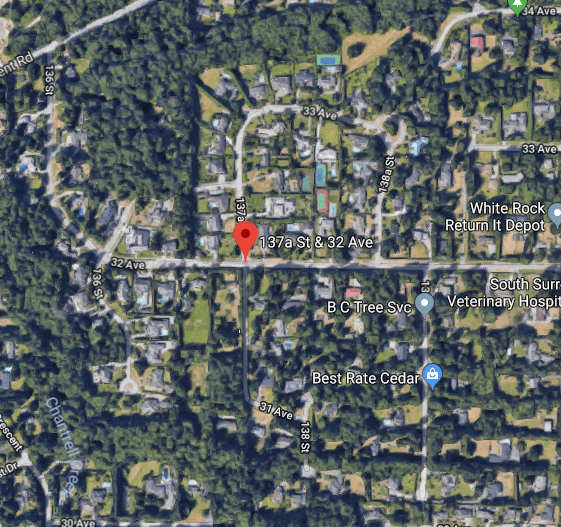 According to police, a BMW SUV drove into a tree and caught on fire.

Both teens were taken to the hospital shortly after. The driver is said to have suffered serious life-threatening injuries; the passenger has minor injuries.

Surrey RCMP’s Criminal Collision Investigation Team (CCIT) has taken over the investigation and is working with investigators and the Integrated Collision Analyst and Reconstruction Services (ICARS).

Authorities say that although the investigation is in its early stages, it’s believed that speed was a contributing factor.