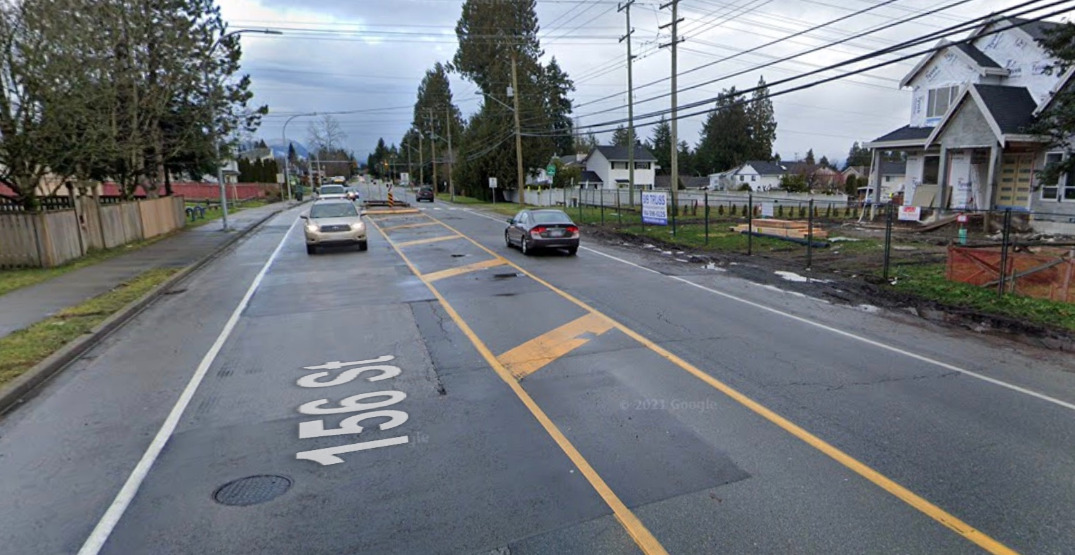 The area of the collision. (Google Maps)

A cyclist who was hit by a pick up truck in Surrey is now in hospital with life-threatening injuries.

The 50-year-old female was “was transported to a local area hospital in critical condition,” according to Surrey RCMP.

The collision took place around the 9500 block of 156 Street at approximately 5 pm on Tuesday evening.

RCMP also said the driver of the pick up truck remained on scene, and is cooperating with the investigation.

“Alcohol was not a factor in the accident,” said Surrey RCMP.

“A pick up truck was travelling North bound on 156th Street when it struck a cyclist.”

According to Google Maps, this area of Surrey does have a dedicated bike route.

Investigators are asking anyone with more information, including dash-cam footage from the area, to contact the Surrey RCMP at 604-599-0502 and quote file# 21-174761.

“Traffic in the area will be disrupted for several hours as the investigation continues.”